Low pressure systems in the Atlantic show signs of development 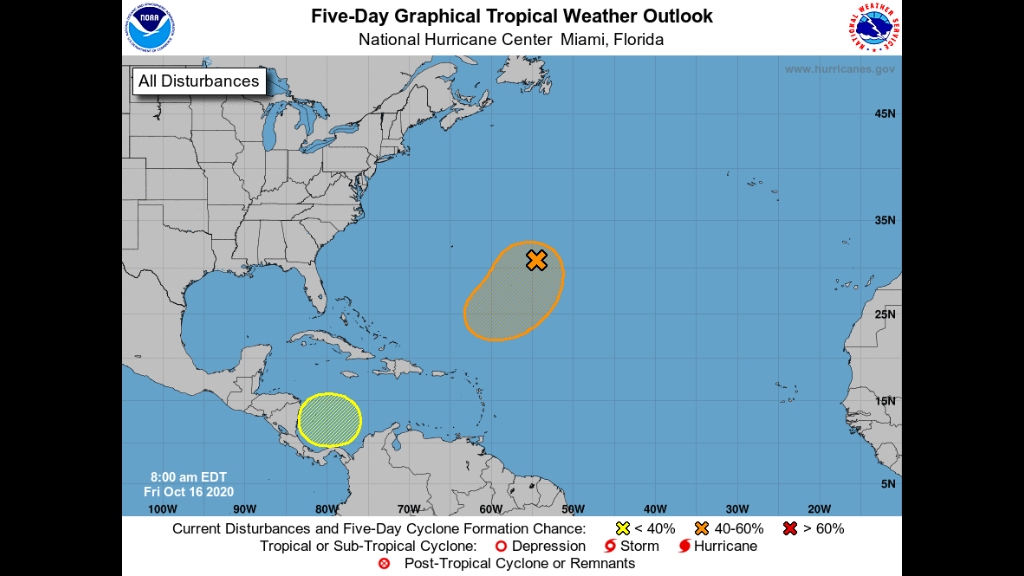 The US National Hurricane Centre (NHC) said the two areas of low pressure in the Atlantic basin, which it is monitoring, are showing increased signs of development.

The first low pressure is a broad non-tropical system that is located over the Atlantic Ocean about 600 miles east-southeast of Bermuda.

NHC said gradual tropical or subtropical development of this system is possible through the middle of next week while the system is over the central Atlantic.

The second system is another broad area of low pressure that is expected to form early next week over the south-western Caribbean Sea.

Some gradual development of this system will be possible through the middle of next week while it remains nearly stationary over the south-western Caribbean Sea.