Lufthansa adds Barbados to its destinations with flight from Germany 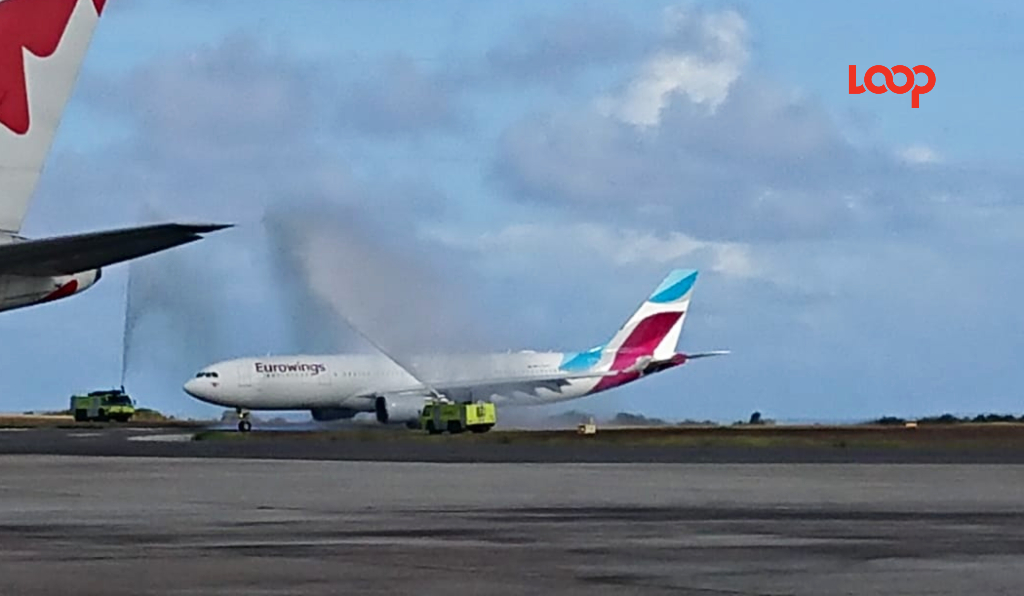 Happy to make this announcement after the inaugural Frankfurt to Bridgetown flight, Director General with the Lufthansa Group for Mexico, Central America and the Caribbean, Felipe Bonifatti said:

"Until yesterday, the Lufthansa Group's airlines served 318 destinations in 102 countries on five continents. As of today, we are proud to include Barbados in our worldwide network, increasing both our destinations and countries we proudly serve."

Eurowings landed at the Grantley Adams International Airport just after 3pm. At 3.12pm the Eurowings EW1252 received a water salute on its entry direct from Frankfurt, Germany to Bridgetown, Barbados.

This new non-stop flight is between nine hours and 10 hours in length.

Bonifatti thanked the Barbados government for making the flight possible and in such a quick turnaround. The Frankfurt-Bridgetown connection went from a thought and idea to reality in six short months.

"This flight was first discussed with the authorities in March during the ITB, during the big tourism trade fair in Berlin, and six months later we have the first flight coming in to Barbados almost fully booked. It's a very good response. Normally we take a year for the planning and then we start looking in to possible first flights, but the government of Barbados [and] especially BTMI were so professional and so proactive in looking into solutions that we were able to put this flight in the systems and start selling it very, very quickly. So the first flight was almost full. This is really good news."

Answering the question about what type of passengers usual fly via the Lufthansa Group airlines, he added:

"With Eurowing, the Lufthansa Group has an innovative and competitive offering in direct traffic, which addresses both price-sensitive and service-oriented customers with low-cost basic fares and additional service options that can be booked flexibly."