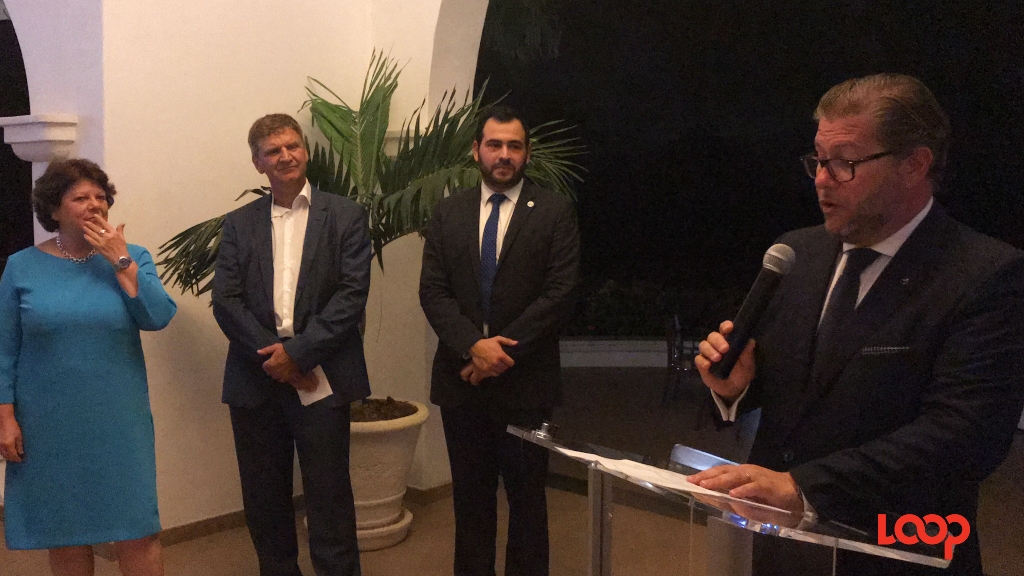 Director General with the Lufthansa Group for Mexico, Central America and the Caribbean, Felipe Bonifatti and the rest of the team

The original contract for the new direct flight between Bridgetown, Barbados and Frankfurt, Germany will fly for six months straight before review.

Scheduled to fly for three days weekly - Mondays, Wednesdays and Fridays, Director General with the Lufthansa Group for Mexico, Central America and the Caribbean, Felipe Bonifatti shared this news with Loop at the welcome reception held at Royal Westmoreland Clubhouse to celebrate the inaugural flight on Monday, October 28, 2019.

"We are starting Barbados out of Frankfurt three times a week and this is a flight that takes 10 hours approximately and we don't really plan for one, so it'll go for one flight schedule for six months and then we'll look into the network and see how this is going to be extended."

He said the possibilities are there for another six months to be added or "we just take six months out and do Winters only."

The flight departs from Germany around 11am and arrives in Barbados after 3pm.