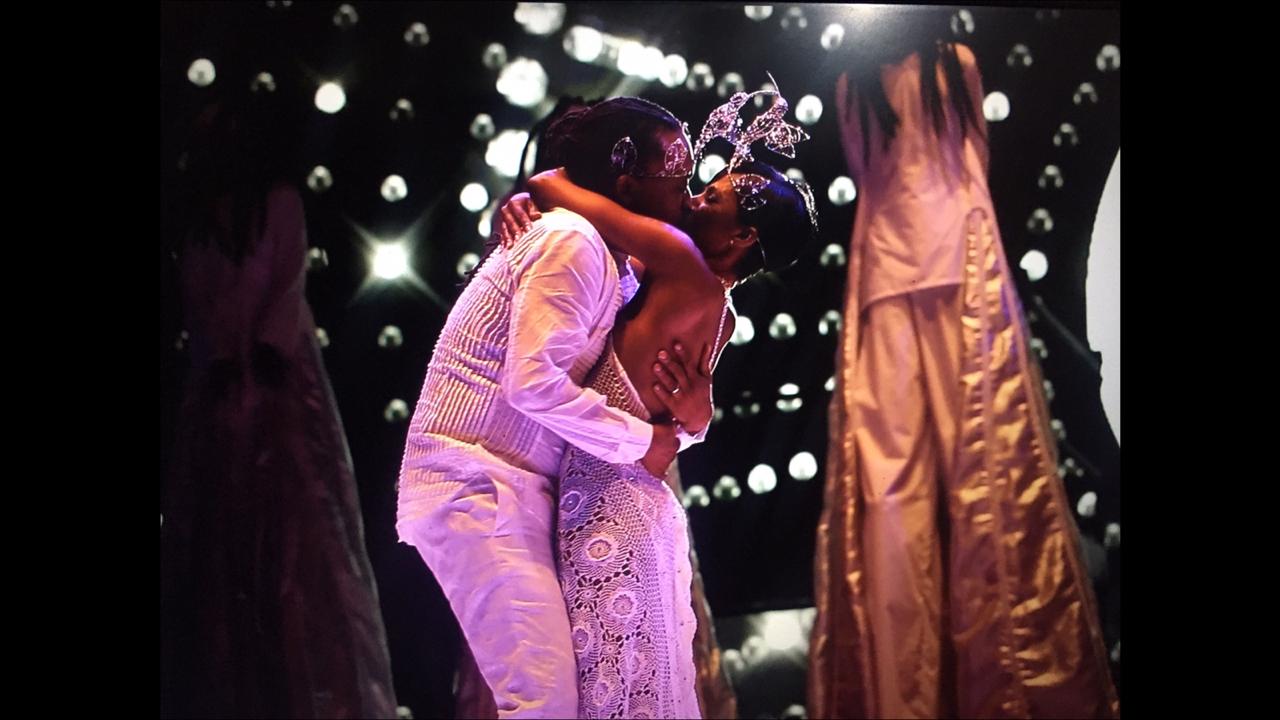 The Hasely Crawford stadium was a sea of white on Monday, as thousands gathered for Machel Monday, The Wedding.

Fans were crestfallen when Machel Montano announced that this year would see the final staging of the event which has been a staple on the carnival calendar since it was first conceptualised some ten years ago.

Machel said the end of Machel Monday signals the end of an era and the start of something new and grand.

The soca superstar is taking soca to the seas. He has joined forces with mas band Tribe for a soca cruise, which begins next year.

He voiced the assurance that Machel Monday 2020 would be the biggest and best as his team had saved the best for last.

Despite his fans obvious disappointment, excitement heightened when the soca superstar revealed plans to remarry his bride on the event stage.

While on stage on Monday night he said “Friday was the dress rehearsal, I want to show young men of Trinidad and Tobago that if I could change, there’s hope.”

He intimated that his wife Renee doesn’t like crowds, even so he said he had to ask her to share their union with his adoring fans.

“The Red House was to make it legal. I had to ask this woman to do this here. She doesn’t like crowds, she doesn’t like fame but she loves me” he said to the delighted audience.

The show featured performances by an impressive cast of over 30 local, regional and international artistes.

Jamaicans Taurus Riley and Konshens thrilled as they represented for the Reggae and Dancehall genres respectively.

Teddy Riley, Black Street and Shalamar stayed true to theme as they performed some of their most popular R&B classics.

Afro-B travelled all the way from the African continent for the event and veteran entertainer Doug E Fresh stole the show with his signature beatboxing.

The actual wedding however, was truly a sight to behold.

Just after 2am the unmistakable voice of Peter Minshall caused a hush to fall over the crowd as he announced the start of the ceremony.

The wedding entrance was a fusion of cultures, a true Trini callaloo.

Moko-jumbies, steel pan, East Indian music and dance, African drums, the Bele, Tobago jig, even classical music fused together to provide an eclectic and captivating prelude to the exchange of vows.

Finally, at around 2:15am, wedding officiant Pastor Clive Dottin declared the blushing couple husband and wife.

Seemingly caught up in the moment, couples in the audience could be seen locked in embrace swaying to the music provided by vocalist Stacy Barthe and violinists Xavier Strings, for the newlywed’s first dance.

Once the ceremony was complete, Machel performed a few more hits from his vast musical portfolio, before he was joined on stage by Skinny Fabulous and the water-lord Neil Iwer George.

Together they ensured that the final instalment of Machel Monday ended on a splendidly high note.

Fans were treated to the world premiere of the music video for the trio’s road-march contender Conch Shell before the curtains came down on Machel Monday 2020.

Finally, after over five hours of non-stop entertainment patrons made their way out of the stadium wondering what if any event would replace Machel Monday next year.