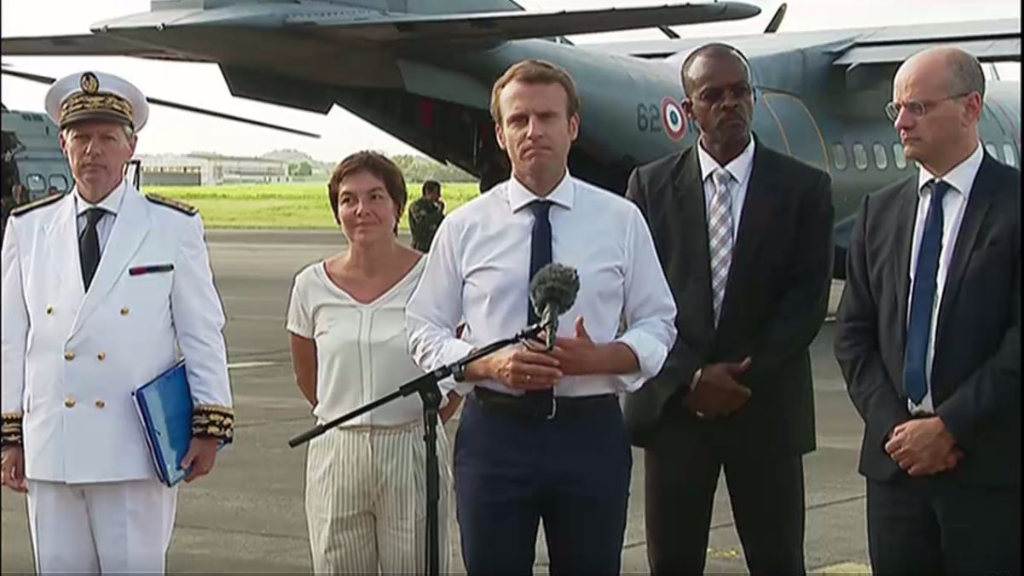 Macron, who visited St Martin on Tuesday amidst criticism of his Government’s slow response, said the funds would be made available as soon as possible.

He also said 2000 additional security forces have been deployed including the army to complement the forces already on the ground.

There were reports of looting and civil disorder in St Martin following the passage of Irma, which killed 11 on the island, including a Trinidadian woman, and destroyed a lot of buildings.

At a press conference in the French territory of Guadeloupe before departing for St Martin, Macron said the government’s “top priority” was to help island residents return to normal life.

“St Martin will be reborn, I promise,” Macron told reporters in Pointe-a-Pitre. “I will shake up all the rules and procedures so the job is done as quickly as possible. It will be done quickly, it will be done well, and it will be done better,” he said.

Macron was among the European leaders who visited the Hurricane-torn islands this week.

Boris Johnson, the British foreign secretary, also visited British territories ravaged by the Category 5 storm.  The British Virgin Islands were hit hard as well as Barbuda, where 90 percent of the homes were destroyed.

Dutch King Willem-Alexander, who arrived on Monday, was amazed at the level of destruction he saw in St Maarten.

He also visited the Dutch islands of Saba and St Eustatius, which also were hit by Irma.

Island by island look at the tourism industry after Hurricane Irma

UK defends hurricane response as critics say it's too slow