Made My Day: 10-year-old girl gives sign to Police at Central Station 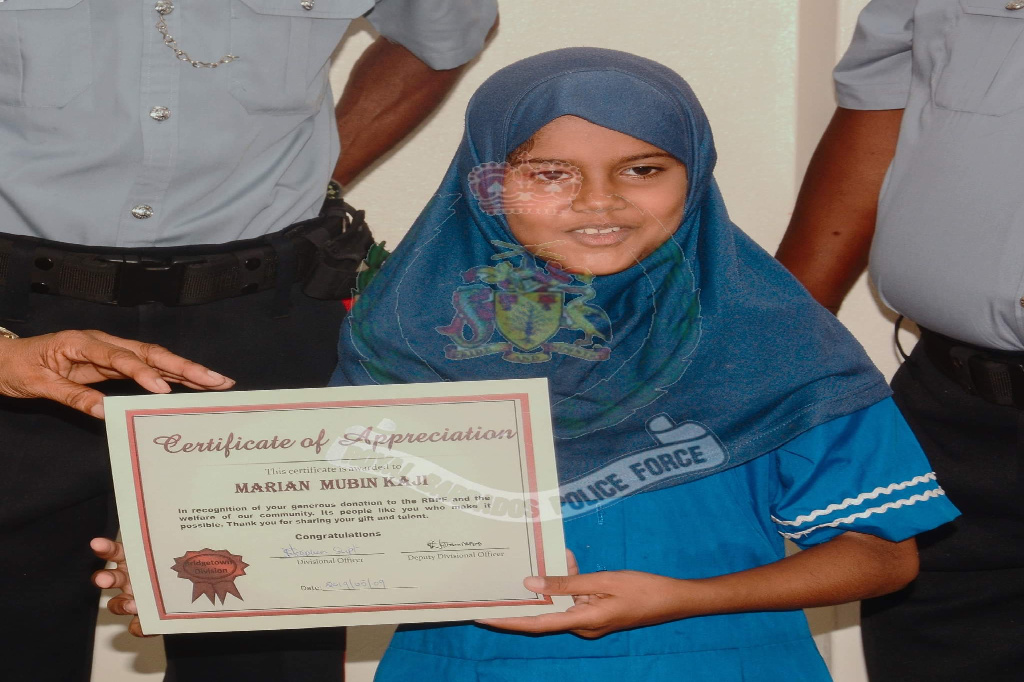 Ten-year-old Marian Mubin Kaji has found her way into the hearts and minds of officers and staff of the Royal Barbados Police Force, more specifically, those attached to the Central Police Station.

This student of the Wesley Hall Primary School, in the company of her parents and her principal, Herbert Gittens made their way down to the station, located on Colridge Street, the City, bright and early Thursday morning (around 8:30 a.m.), to present an "EXIT" sign to the officer in charge of the Bridgetown Division, Superintendent Margaret Stephen.

Many of you reading this might wonder what the significance of such a gesture is.  Well, it goes back to an experience which she had, on an earlier occasion when she visited the Police Station along with her father who was making a report.  When they were done, they went to exit the building the way they came in but were stopped by an officer who told them that they were going in the wrong direction and, how they entered was not the way out.

Marian says she made the observation that there was a sign indicating that that doorway was not the exit but there was no signage showing any other alternative.  The police officer who stopped both her and her dad then directed them to another door, which she also realised also had no sign.

When she returned home, she decided to make a sign for the station and proceeded to create it herself, by hand.  When her father learned about what she was doing, he took it a step further and assisted her in making a more permanent one and it was erected today in its new home - above the exit door, clearly marking the egress from the station.

In recognition of her civic-minded act, Marian was presented with a gift basket and Certificate of Appreciation from the Royal Barbados Police Force.  Her actions speak to a quote once made by the Dalai Lama, the head of state and spiritual leader of the Tibetan government-in-exile.  He said, “Children are our greatest untapped resource.”

If this ten-year old’s actions are anything to go by, we wholeheartedly agree.

You, Marian Mubin Kaji have, for us in the LOOP COMMUNITY truly made our day!