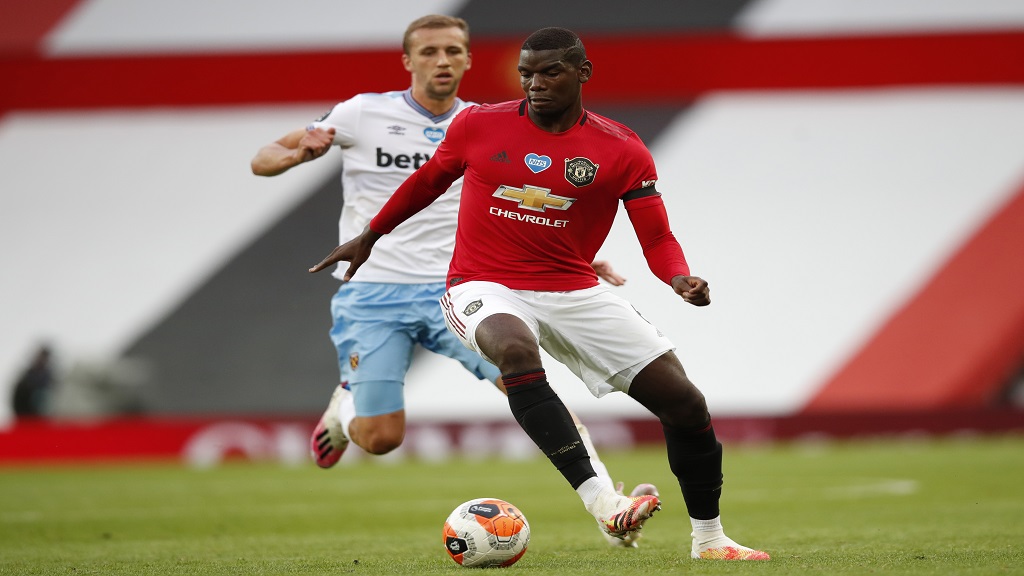 Harry Maguire accepted Paul Pogba's apology for conceding a costly penalty at home to West Ham but insisted Manchester United would offer no excuses at Leicester City on Sunday.

United climbed into the Premier League top four with a 1-1 draw against the Hammers on Wednesday, although they trailed to Michail Antonio's spot-kick after Pogba inexplicably handled inside his own area.

Mason Greenwood levelled for Ole Gunnar Solskjaer's side to ensure they now need only a point at fifth-placed Leicester in their final match of the campaign to clinch Champions League qualification.

Pogba's faux pas - described by Gary Neville as "embarrassing" - ultimately did not prove as pivotal as it might have, but United captain Maguire revealed the World Cup winner had apologised.

"It was soft," Maguire told Sky Sports. "You could say it's a natural reaction from Paul. Should he do it? He should probably take one in the face.

"But he's apologised in there, he's held his hands up, he knew he shouldn't do that.

"I think it's a natural instinct to protect yourself, protect your face. I haven't seen it back - I think it was his hands bang in front of his face.

"But it was soft because it's probably not ending up in a goal and you've given a penalty and they've got an amazing opportunity to take the lead."

With United winning just one of their past four matches while turning in increasingly ordinary displays, Maguire acknowledged a "ridiculous" schedule was taking its toll.

But the defender insisted United had not "run out of steam" and was confident they would deliver on the final day.

"We've got ourselves in a great position," Maguire added. "Six months ago, at Christmas, you'd have snapped someone's hand off to go to Leicester and have an amazing opportunity to get Champions League football, which we set out to do.

"So, we're ready. There's no excuses for us there to be tired. It's a big game - if you can't get up for that game then you're in the wrong sport."