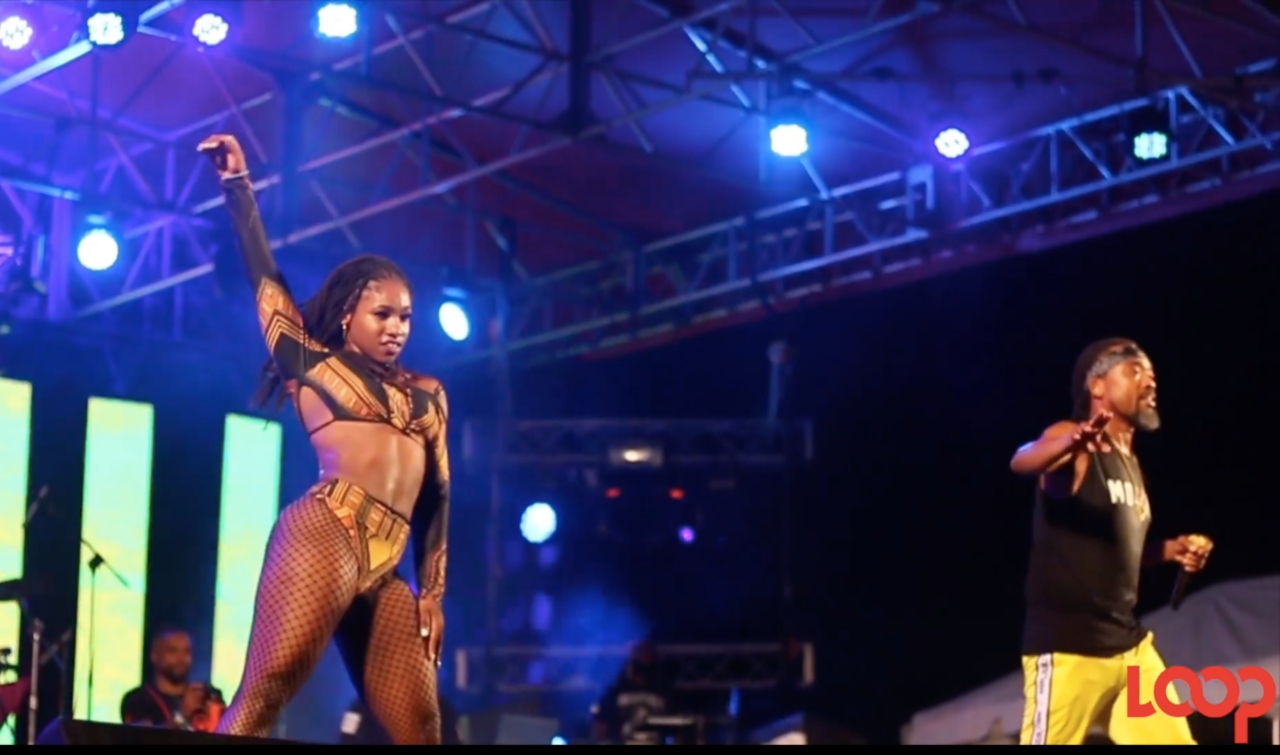 Trinidad and Slovakia Barbados represented well on the stage when RISE happened last night at Kensington Oval, but Barbados was best.

The Barbados-leg of Machel Montano’s Soca Kingdom tour touched down with much hype and theatrics, but it was the female acrobatics, ticks, tocks, splits and flips that took the cake and much of the applause.

The last time Machel performed in Barbados, last Crop Over, his dancers did tricks but one addition this toss made an even bigger impact than the rest.

This time, during the five-hour long show, Machel let the ladies take center stage and the dancehall queen from Slovakia took the lead ahead of Trinidad’s representative, but the pot got sweetest when Machel called out his Barbadian dancer – Nandi.

Nandi who has been featured in many a local music video and dances as part of Riddim Tribe dancers, was fearless and she skilfully made believers of her sceptics who thought that she couldn’t stand up against foreign and international competition, while her fans gased her up for the more.

With a split, a handstand, a crab back, a backflip, pirouette and a head flick she claimed the stage and sent the crowd in an uproar.

Backstage in an interview with the media, Machel called Nandi “a gift" and admitted he himself was entertained and wowed by Nandi from the start.

Speaking as to how he got to be working with Nandi, he smiled and said:

"That was amazing. That was a gift given to me. I love technology. I look at Instagram, a lot of young people putting fortheireri talent. They're becoming entrepreneurs, but they're expressing their art, and a lot of it is in dance.

"She's a young African Queen, as her handle on Instagram. As it so happens I go with the flow. I was in Trinidad performing on stage and called for some girls to come out the crowd. She came ou the crowd and I thought I was the entertainer but she end up entertaining me, and after I was looking back at it on Instagram I was like, 'Wow this is so much talent. I have to find this girl.' And thanks to the grace of technology and people's goodness, people tagged her."

Machel took the next step and called Nandi, not leaving it to chance, only to hear that she was only in Trinidad for the weekend, but resides in Barbados.

Unfazed, Machel said he asked her to "Drop everything and come back and work with me? And she made it happen in due time and you know the rest is history."

MONK has dancers from Czechoslovakia, Trinidad and Tobago and band members from throughout the Caribbean as well. "We love to give people a chance. When you see Machel it's not just one person, it's one big self, a lot of people striving to do their best," he explained.

And with Machel becoming a staple on Barbados' Crop Over menu, he promised to be back next year. "I ain't going nowhere no time soon."

The show also featured Barbadian acts such as Party Monarch Mikey, Sweet Soca Monarch Lil Rick, Hypasounds, Nikita, and Holla Bak held his own despite being joined by Machel to ensure that the crowd ENJOYed themselves fully.

Veteran Super Blue came out and completed the Soca Kingdom to close the show with the Soca king Machel himself - Heh HA!