Major electricity changes in the works 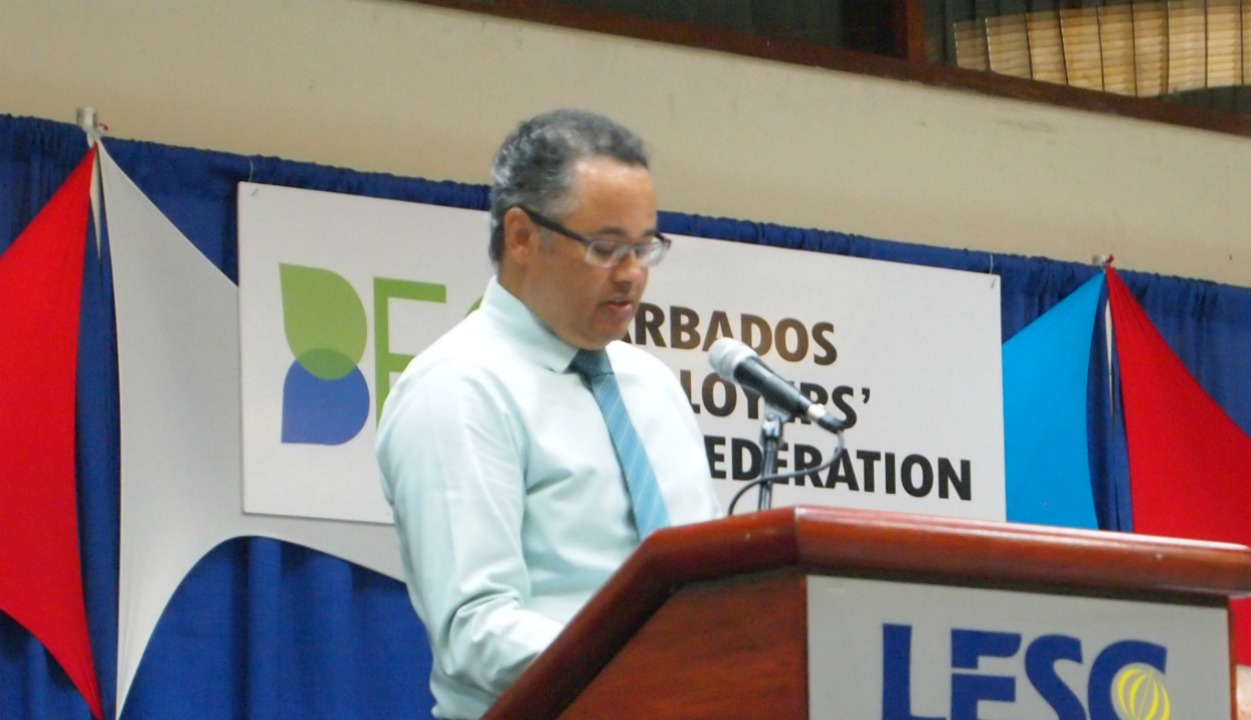 The Barbados Light & Power (BL&P) has planned major infrastructural changes to their organization in an effort to promote greater use of technology.

Word of these changes came from Managing Director Roger Blackman as he delivered the feature address at the Barbados Employers’ Confederation (BEC) business luncheon on Wednesday to mark their 60th anniversary.

Blackman told those gathered the BL&P will be updating the smart meter system which will allow the company to receive instantaneous alerts on power outages. He said the goal is to have on smart meters on the grid by the first quarter of 2019.

“By the end of this year I think we will be around 50,000 meters, and by 2019 all 130,000 meters on the network would have changed. The significance of that is that when that infrastructure is in place, we will have line of sight from a central control centre to every home on the island. So when electricity goes off you know immediately and you can position it and show it on a map.”

The smart meter system will bring about an end to monthly paper bills and customers can access all their information online to see regular updates on electricity use.

In addition Blackman spoke to changes to be made within the gird as the company moves into 100 percent renewable energy. This, he said, will work to improve the customer experience as well as lowering the price of electricity for customers and should be fully workable by 2045.

“We anticipate going forward that the system or the model will further evolve from the traditional power grid to something that more closely resembles the Internet where the grid becomes an energy services platform that provides customers with information on energy management and access to new energy products and services they consume.”

The utilities manager also spoke to other projects on the cards with the use of renewable energy for the country. BL&P has already installed a ten mega-watt solar farm in Trents, St. Lucy and are working towards a wind farm in Lamberts, St. Joseph.

Blackman said the BL&P is also considering the implementation of prepaid electricity which appears to be popular and practical in other Caribbean countries such as Dominica and Jamaica. He said the BL&P would first to test the local market to ascertain the need for the service, adding it is one that can easily be implemented.

Sit this one out! Evac-chairs help BL&P prevent injuries