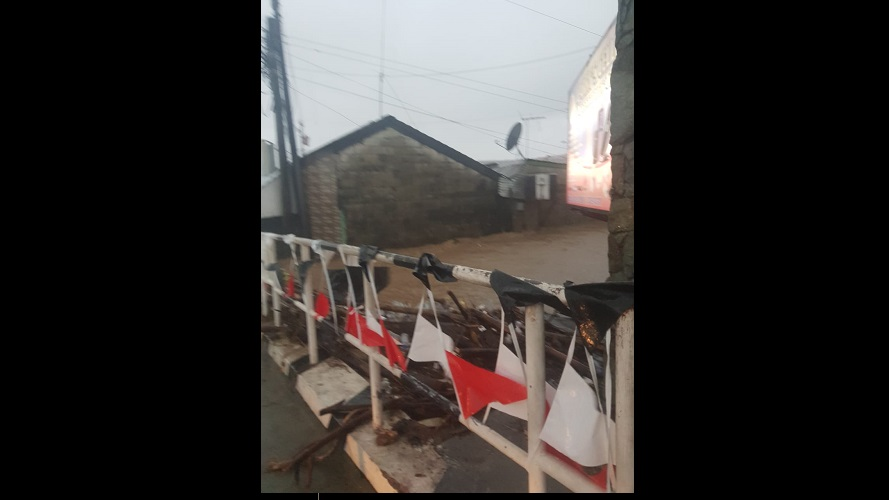 The Trinidad and Tobago Electricity Service (T&TEC) said its vehicles are up and ready to assist, following reports of downed power lines and flash flooding in various parts of Tobago.

Video footage showed utility vehicles in flood waters, however the company said flood waters have since subsided and the vehicles are up and ready to assist.

The country was put on Red Alert as a tropical wave upgraded to Tropical Storm Karen.

Tobagonians reported heavy winds and electrical outages were reported in several parts of the island.

Several calls were made to the Trinidad and Tobago Electricity Commission and they are currently trying to deal with the matters.

A landslide on Adelphi Road, Mason Hall, resulted in the road being inaccessible to drivers according to reports.

Fallen trees in the area of Wheeler Drive in Plymouth and Bamboo Gulley resulted in a complete blockage of the roadway.

Emergency shelters were opened across the island and responders are on the ground.

More as this story is updated.

There have been reports of flooding and fallen poles in Tobago due to the passage of Tropical Storm Karen.

A number of roads are also said to be inaccessible at this time.

TEMA said a house was partially flooded at Birchwood Triangle, Lowlands with seven persons trapped on the second floor.

Heavy flooding has also been reported in Scarborough with the Port Authority's security booth and the Trinidad and Tobago Electricity Commission compound being affected.

TEMA said T&TEC has been contacted and is currently in the area to deal with the matter.

There are reports that Plymouth Jetty has broken away and seven vessels have sank.

A yacht has also run ashore at the Mt Irvine Bay Beach Facilities.

TEMA added that eight shelters around the island of Tobago have been strategically placed and only activated on the availability of trained shelter managers.