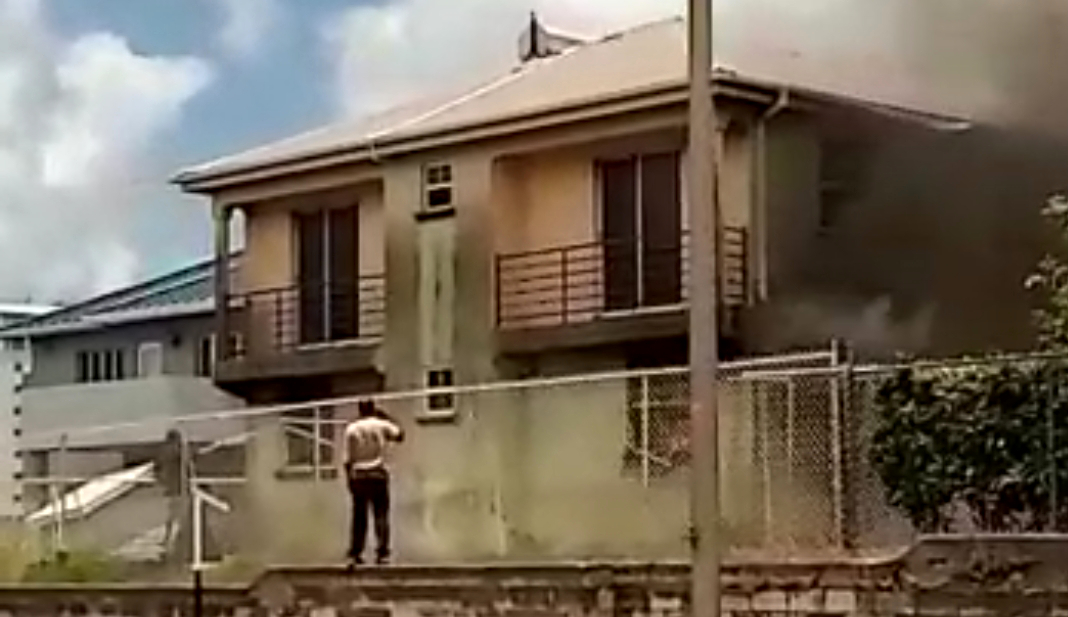 Police are at this moment conducting a door to door canvass in the Warrens, St Michael area, as fire officials conduct their investigations into an apartment fire which has claimed the lives of three individuals – an adult male and two children.

According to reports, around 11:25 am, the Barbados Fire Service was called to a blaze at the four-apartment block just opposite Simpson Motors at #93 Regency Drive, Warren’s Park South.

Police Public Relations Officer, Acting Inspector Rodney Inniss told reporters a short while ago that police would have responded to the call around 11:45 am.

“On arrival, [a patrol] met the Fire Service here.  There were three tenders from the Fire Service that responded and on further investigations, after the fire was brought under control, [it was] revealed that unfortunately the bodies of three individuals – one adult male and two infants – the bodies were burnt beyond recognition.

“Our investigations are still continuing into the cause of the fire and whether any other witnesses would have seen and would be able to give us any information in respect of that. Obviously this is very tragic for the neighbour and the family members and we are hoping that we can conclude our investigation in a soon time,” he said.

Inniss said lawmen were waiting for family members to be notified before their identities could be released, however, he told Loop News that the man was 42 years old, the baby boy was 22 months old and the little baby girl was only eight months old.

Refusing to divulge much information, he said that the ages of the two children were confirmed by the wife. He said that the apartment was the man's home as the couple is separated and the two were going through a divorce.

A month ago, on June 22, 82-year-old Barbara Forde and her son, Carlton Forde, died in a fire at their home at 1st Avenue Alleyne’s Land, Bush Hall, St Michael.