Man gets life in prison plus 50 years in student's slaying 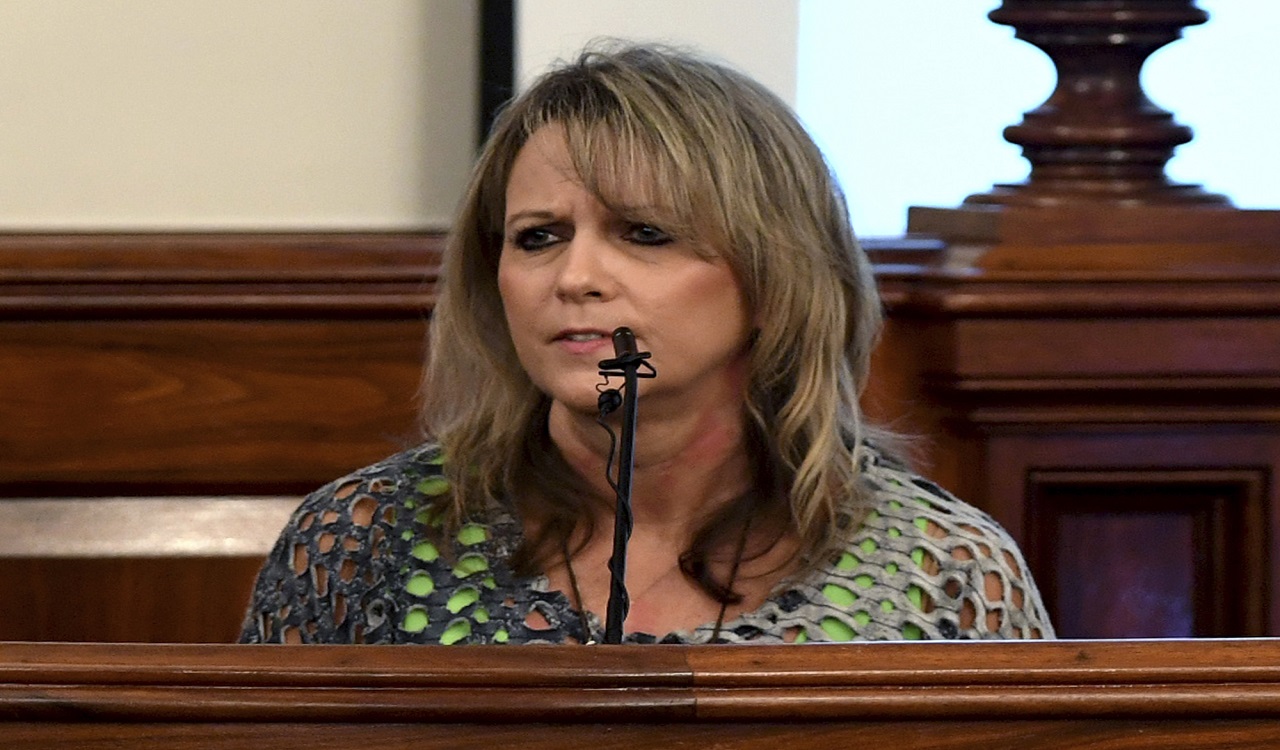 Karen Bobo speaks to Zach Adams during the victim impact statement during the penalty phase of the Holly Bobo murder trial, Saturday, Sept. 23, 2017 in Savannah, Tenn.

A Tennessee man avoided a possible death penalty by agreeing Saturday to a sentence of life in prison plus 50 years for the kidnapping, rape and killing of nursing student Holly Bobo.

Judge C. Creed McGinley told a jury that Zachary Adams made a deal with prosecutors just minutes ahead of his sentencing hearing. Adams, 33, was convicted Friday of murder, especially aggravated kidnapping and aggravated rape after an 11-day jury trial in Savannah, Tennessee.

Under the agreement, Adams received a state prison term of life without parole for Bobo's killing. He was sentenced to consecutive terms of 25 years for both the kidnapping and rape convictions.

Bobo was 20 when she disappeared from her home in rural Parsons on April 13, 2011. Her remains were found by two men who were hunting for ginseng not far from her Decatur County home in September 2014.

Bobo's vanishing led to a massive search of the farms, fields and barns of western Tennessee. The Tennessee Bureau of Investigation has said that the Bobo investigation is the most exhaustive and expensive in the agency's history.

But investigators found no DNA evidence connecting Bobo to Adams. Instead, they relied on testimony from friends and jail inmates who said Adams spoke of harming Bobo.

In court Saturday, McGinley told the jury the deal was reached with "some reluctance." The judge asked Adams if he voluntarily agreed to the deal that may have saved his life.

Bobo's mother Karen addressed the jury, telling the panel that her daughter was a loving person who "appreciated the small things in life."

"She was the sweetest soul I ever knew," Karen Bobo said.

Autry testified against Adams, telling jurors that Adams told him that he, his brother and their friend, Shayne Austin, had raped Bobo. Autry also said that he served as a lookout as Adams shot Bobo near a river in the day she was reported missing.

Autry was on a list of witnesses offered immunity in the case. He said he testified because he wanted leniency.

Autry's lawyer has told the judge that a trial does not need to be set for Autry, indicating he has reached a deal with prosecutors. A trial date has not been set for John Dylan Adams.