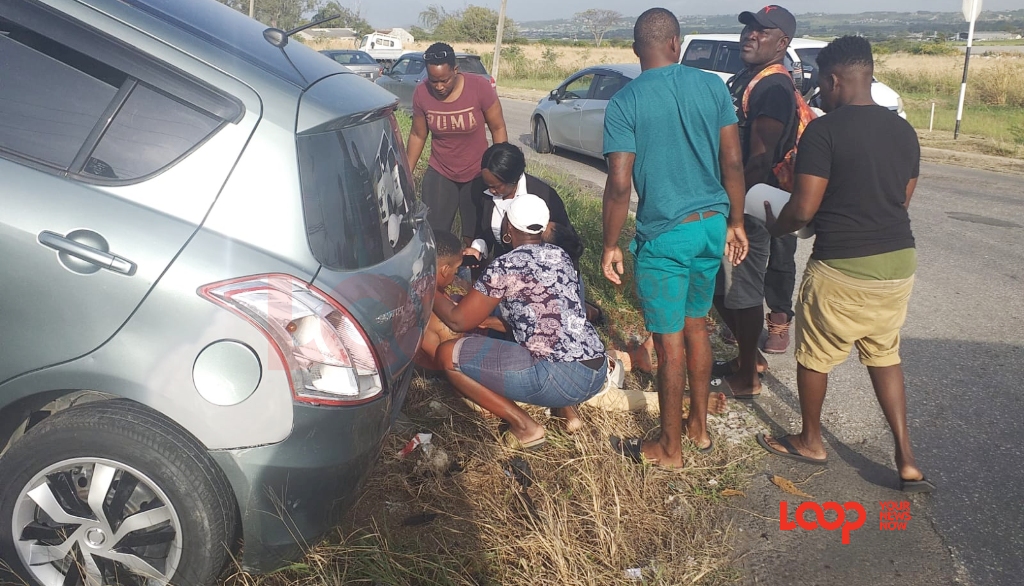 The driver of one of the four vehicles involved the early morning Mangrove smash up was tossed from his hired moke on impact, while a passenger in another vehicle was unresponsive.

Police received the report about the four-vehicle collision which occurred about 7.50 am, today, Monday, February 3, 2020 at the intersection of Mangrove Road, Sunbury Road and Market Road, St Phillip.

The hired moke driver, who was thrown from the vehicle, was unable to state his name due to his injuries and was taken away by ambulance for medical attention.

Two Suzuki Swifts were involved in the crash, one was owned and driven by 23-year-old Tia Tull of Church Village, St Philip. She complained of chest pains and injuries to her right foot. Accompanying her, in the front seat was Colvin Brewster of Chapel #7, Church Village, St Philip. He was unresponsive. Both Tull and Brewster was rushed by ambulance to the Queens Elizabeth Hospital (QEH).

The other Swift is owned and driven by Mohammed Jaghu, 61 years of Lot #18 West Avenue Gemswick, St Philip. It sustained damage to the left side mainly.

Police cordoned off the scene as investigations are ongoing.

Mangrove smash up: Accident with injuries in St Philip

Police are at the scene of a serious road accident involving at least four vehicles in St Philip.

Involved are two Suzuki Swifts, a Toyota starlet and a moke.

The accident happened around 8am, this morning, Monday, February 3, 2020, at the Mangrove four-crossing.

Police Public Relations Officer, Acting Inspector Rodney Inniss confirmed to Loop News that it is "an accident with injuries".

From the Traffic Division, Sergeant Seibert Johnson added that from the information he has received, "at least one person is seriously injured". He said the road is blocked, and asked that motorists divert along Rock Hall or go through Four Roads and head towards Kirtons to avoid the area.