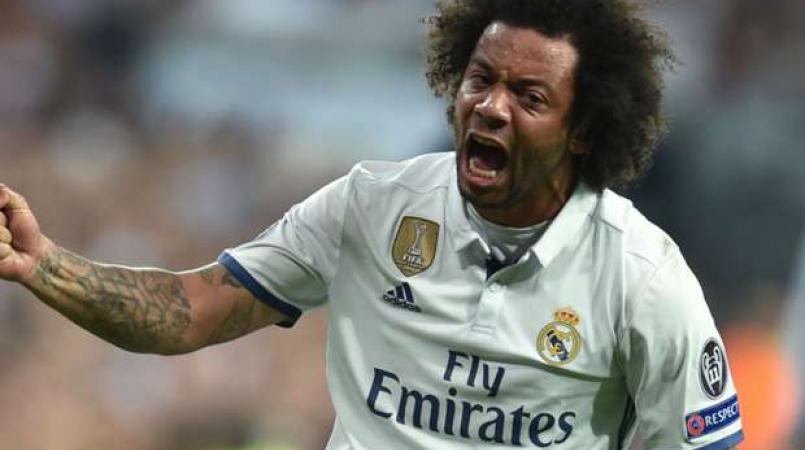 Brazil's 23-man World Cup squad was completed on Wednesday, although it remains a guessing game as to how the team plans to line up at the tournament.

Real Madrid teammates Marcelo and Casemiro joined the group at Tottenham's training center following the Champions League final, meaning coach Tite has all 23 players at his disposal ahead of Brazil's first pre-World Cup friendly against Croatia on Sunday.

But Tite isn't giving anything away when it comes to which players he'll use for that game — which could mark Neymar's return from injury after almost 100 days on the sidelines — or in Russia for that matter. Tite once again only allowed media to watch just 30 minutes of Wednesday's training session and has been mixing up his lineups frequently during the 10 days of practice sessions in Brazil and London.

"Yes, it is better for us. We have tranquility to work," he said. "Our trainings are different from the games and we need to use them well, just us."

It's unclear whether Tite will rush Neymar straight back into action against Croatia as he steps up his recovery from a broken bone in his right foot, with the Brazilian star having said he still feels some discomfort when he's on the field.

Danilo played with Neymar at Brazilian club Santos and said he has been taking it easy on his teammate in the training sessions.

"I've been trying to stop him since 2010, always as a right-back. It is only natural that I step over him a little," Danilo jokingly said. "It is only natural, I do it twice, three times every training. But I have to do it nicely for now."

Brazil will stay in London for training until June 8. The team will then travel to Vienna to play its last pre-World Cup friendly against Austria.