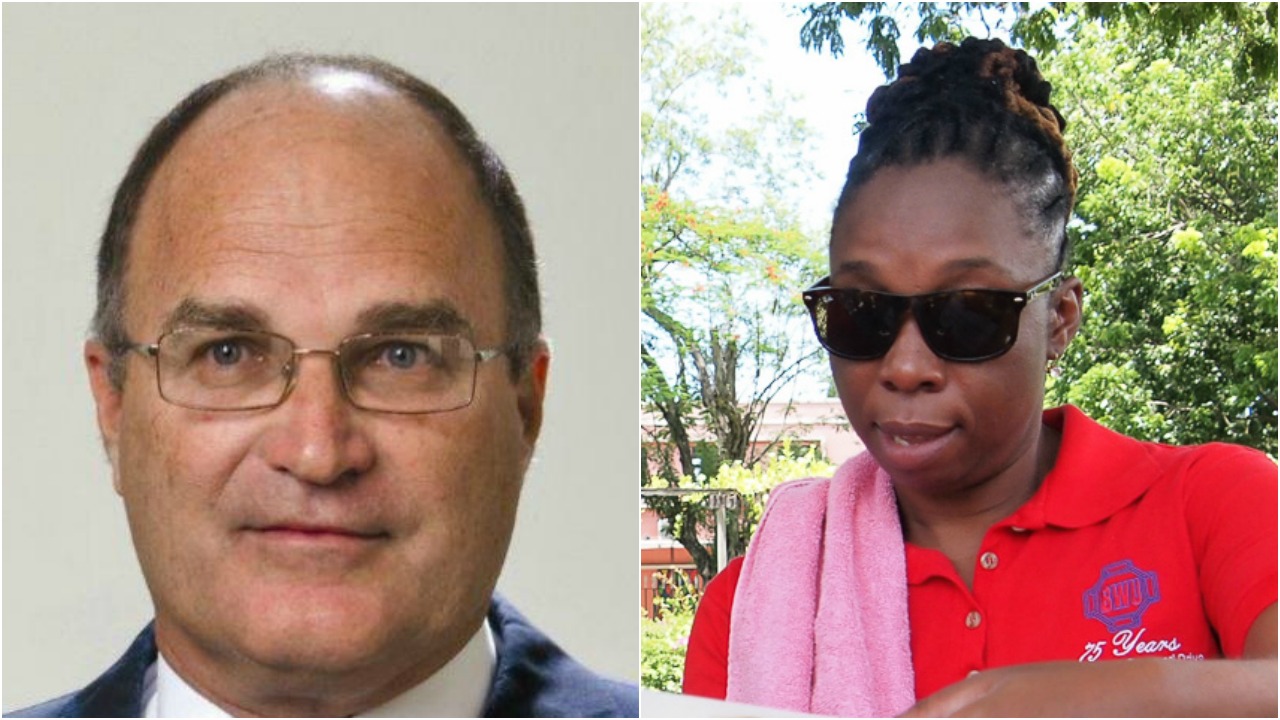 The trade unions and private sector have announced joint action planned for next Monday as they continue to press Government for dialogue.

At a press conference this afternoon, Barbados Workers’ Union General Secretary, Toni Moore, issued a call to Barbadians to come out and show their support for the unions' and private sector body's call for Government to meet with them to discuss rolling back the recently increased National Social Responsibility Levy (NSRL).

“We’ve planned for a march on Monday July 24, where we’re calling on the wider public to demonstrate their support for the concerns which we have, namely, that we should have dialogue,” said Moore.

“We understand that there has been disruption a number of areas and we think that the message of sensitising the public is one that we want to focus a lot more on and from the feedback we have been getting from our various publics we think there is now an understanding that urgency in dialogue is paramount.”

Herbert indicated the private sector’s involvement, noting, “The private sector will be asking its members where possible to close their businesses and to make their employees available to participate should they wish to do so.”

Noting that there some disruption is expected as businesses close, he nonetheless said, “The objective on Monday is not to be disruptive, it is to show the level of support there is for our call. So the idea is to minimise disruption and to maximise the visibility of the support that the public has for our call,” he said.

Moore emphasised that there would be no disruption at the ports of entry or the Queen Elizabeth Hospital.

Demonstrators are asked to assemble at Queen’s Park at 10 a.m.

Below is the full text of the joint statement:

"The trade unions of Barbados and the Private Sector, standing together as the social partners are asking for urgent dialogue on their respective issues which are critical to the future viability of Barbados.

We are combining our efforts to have our issues urgently addressed. We are agreed that on Monday July 24, 2017, we will stage a joint march to allow the wider public to demonstrate their support.

For this exercise, we will assure that there will be no disruption of the operations at the ports of entry and hotels.

We are encouraging all Barbadians to assemble at Queen's Park at 10:00 a.m. to march with us. This March is a united effort for us all to show our commitment towards achieving what is best for Barbados. We are urging that the public come out in their numbers and participate fully in this action to safeguard our best interest."