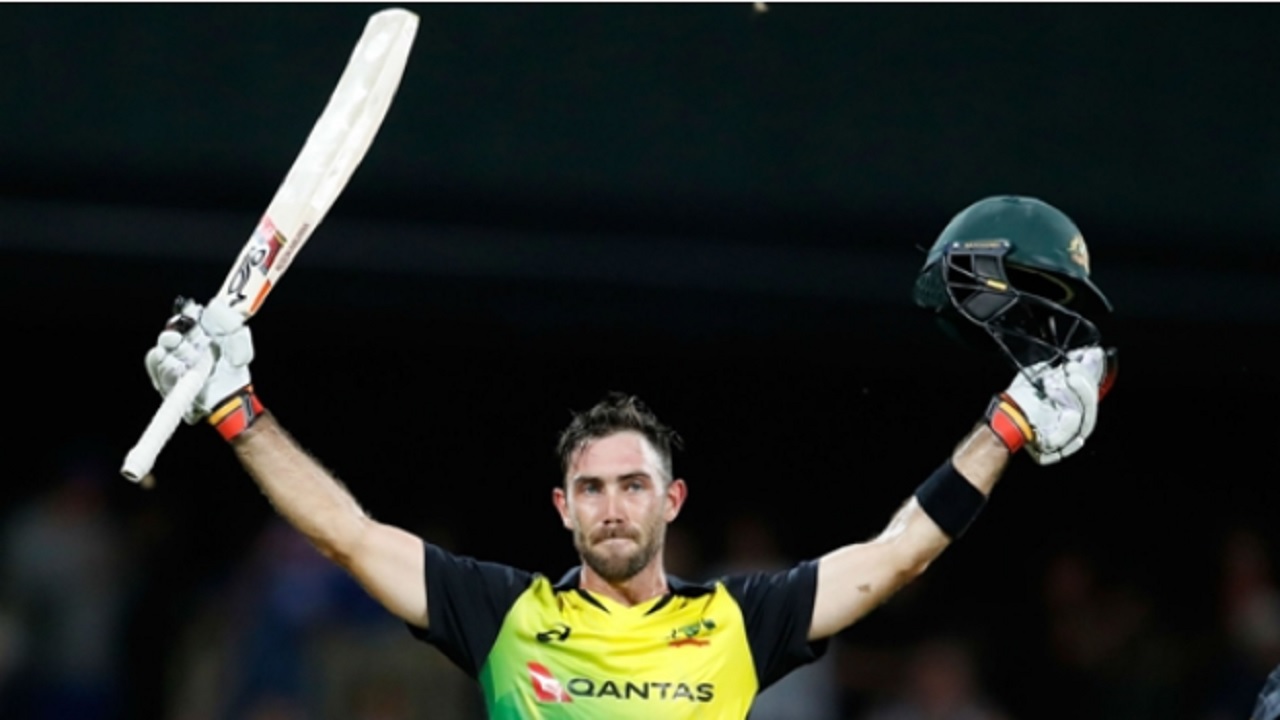 Glenn Maxwell starred with the ball and then benefited from both a drop and a contentious umpiring decision to lead Australia's successful run chase with a century in a five-wicket Twenty20 international victory over England on Wednesday.

Batting first in their opening match of the tri-nations series, which also features New Zealand, England suffered a middle-order collapse before rallying to reach 155-9 in Hobart, where Maxwell (3-10) led Australia's attack.

The all-rounder then anchored his team's response, receiving a life on 42 when Alex Hales put him down off Tom Curran (0-39) at deep square leg.

A more controversial reprieve arrived on 59, when Jason Roy at long off claimed a catch off Adil Rashid (1-30), only for the umpires to consult television replays and decide the ball had been briefly grounded, Maxwell going on to make a match-winning 103.

His second ton in T20Is, the typically swashbuckling knock featured 10 fours and four sixes, including successive maximums in the seventh over at the expense of Rashid.

Australia's run chase had got off to bad start as David Willey (3-28) removed dangermen David Warner (4) and Chris Lynn (0) in the first over, the stand-in captain picking out Hales at deep square leg.

Willey bowled Lynn straight through the gate with a perfect line and length delivery, but there was little joy in the field after that for the visitors.

Short fell for 30 caught and bowled to Rashid, leaving Maxwell without a reliable partner, as Marcus Stoinis (6) and Travis Head (6) came and went, but Alex Carey (5 not out) stuck around long enough for the man nicknamed 'Big Show' to fittingly get his team across the line with a six off Mark Wood (1-26), bringing up his century and securing the victory.

Earlier, Dawid Malan top scored for his team with 50 as England made a solid start, ably supported by Hales (22) and captain Eoin Morgan (22).

Ashton Agar (2-15) reacted quickly to remove Hales caught and bowled despite having his view blocked by Malan at the non-striker's end in the seventh over, and Morgan fell top-edging Maxwell to Warner at mid-off three overs later.

That proved the trigger for England to slump badly, as Australia took 6-43 and threatened to skittle the tourists.

Malan was later caught by Andrew Tye off Maxwell, who also afforded Alex Carey a first stumping in what was his second T20I as wicket-keeper, with Willey the victim.

Jordan (16 not out), Curran (6) and Wood (5 not out) counter-attacked to contribute partnerships of 10 and 18 for the eighth and ninth wickets, but their efforts did not offer enough protection against Maxwell's decisive intervention.