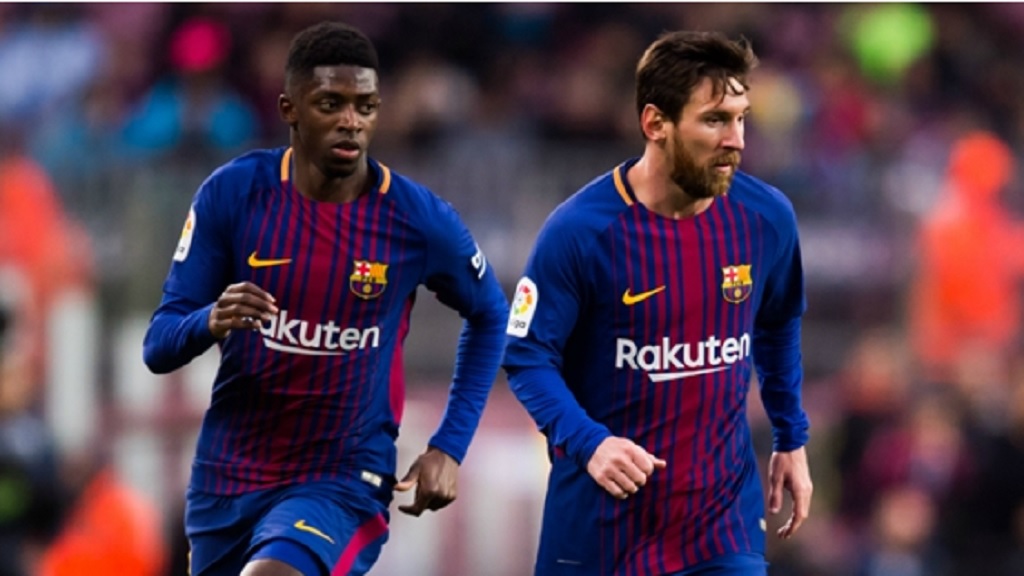 Lionel Messi believes talented Barcelona team-mate Ousmane Dembele is a "phenomenon" capable of ranking among the best players in the world.

Dembele, 21, has scored seven goals in his second season in LaLiga and netted three times in four appearances prior to the mid-season break.

That excellent run of form stifled speculation over the France forward's future, his place at Camp Nou having been called into question following a range of disciplinary issues.

Messi lauded the World Cup winner's potential and insisted the club are committed to nurturing his development.

"On the pitch [Dembele] is a phenomenon and it depends on him [how good he becomes]," the Barca captain told Marca.

"He has all the opportunity in the world to do what he wants. He can be one of the best.

"On the other hand, he's a young guy who is adapting to the city and the club. The less you speak about it, the better. It's necessary to leave him so he can be calm.

"He has already realised his mistakes and has rectified them. We are going to help him focus on football."

Midfielder De Jong is tipped to link up with the Spanish champions at the end of the season while teenager De Ligt has been a mentioned as a possible defensive reinforcement.

Messi is certain the pair would fit comfortably into Ernesto Valverde's squad.

"They come from a school very similar to ours and they work in the same way. They play like us, with the ball," he said.

Maradona: It's useless making a leader of Messi