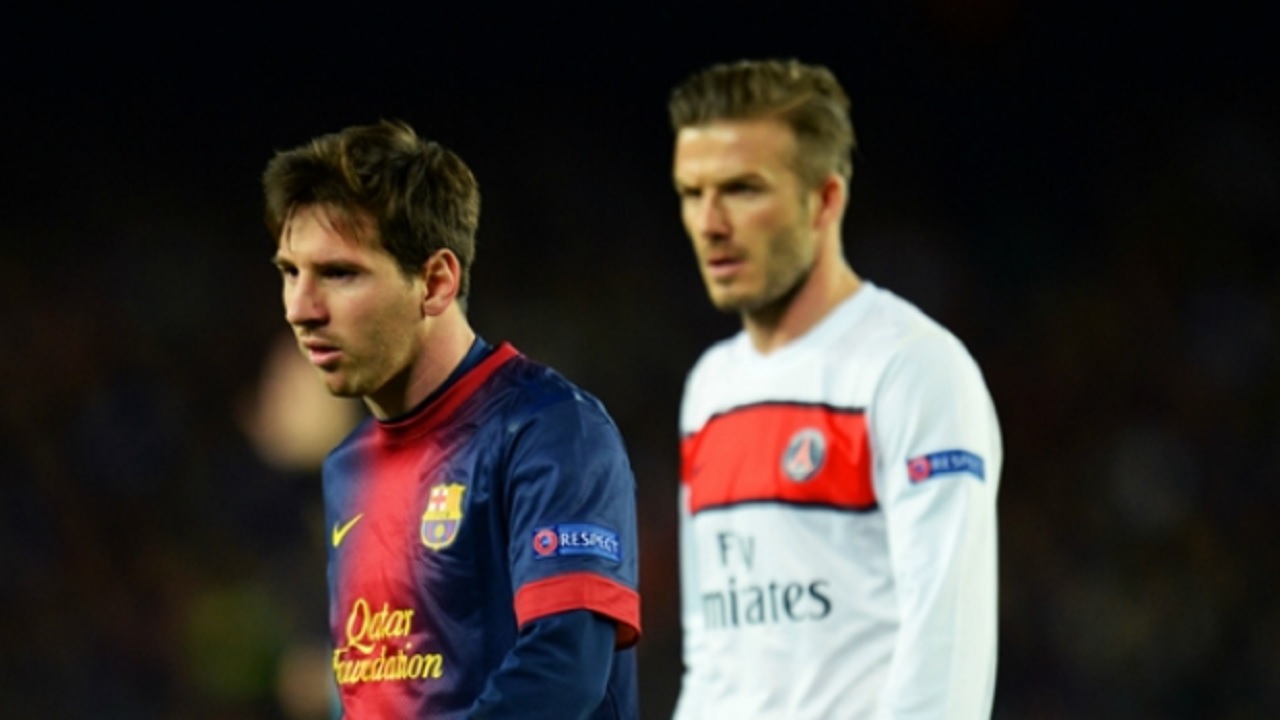 Lionel Messi (left) and David Beckham competing in a Champions League match in 2013.

Lionel Messi suggested he could be open to a stint in MLS in the latter stages of his career, telling David Beckham to contact him about signing for Futbol Miami in the future.

Beckham's new MLS franchise was officially launched on Monday and although no date has been set for when the team will join the league, a 2020 target has been suggested.

The former Manchester United and England midfielder is keen to sign "top players from Europe", as well as developing homegrown talent.

And Messi, who has spent his entire professional career at Barcelona and signed a new deal at the club in November, hinted he could be among Beckham's recruits.

"Hi David, first of all congratulations," Messi said in a video posted on Beckham's Instagram.

"I hope all goes well with the new project, in this new step you are taking and who knows, in a few years maybe you will give me a call."

Messi and Suarez strike again as Barcelona advance in Copa

No one like Ronaldinho until Messi says Pep Guardiola