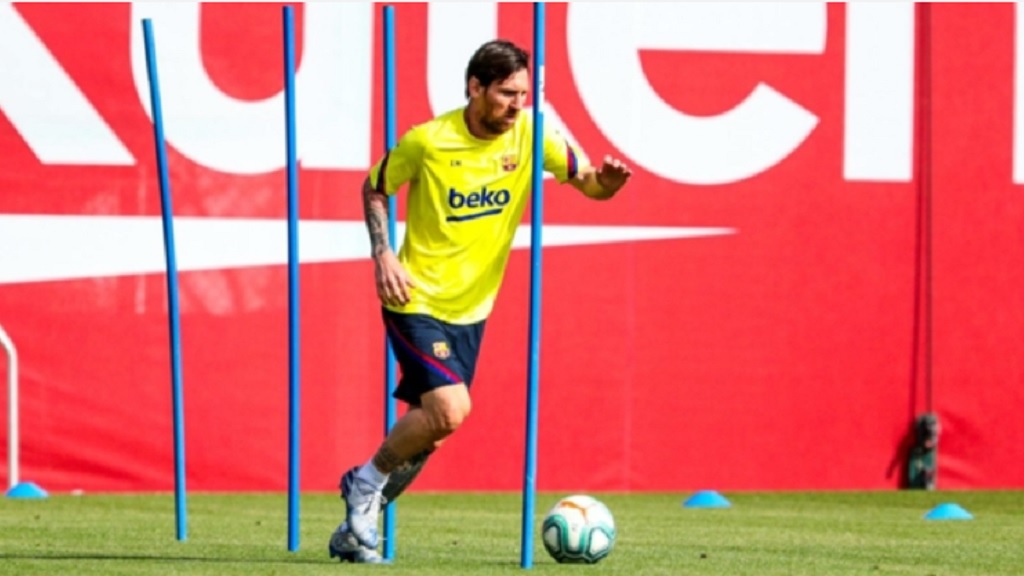 Barcelona head coach Quique Setien said he did not have "any doubts" over Lionel Messi's fitness as the superstar captain prepares to face Real Mallorca.

Messi returned to group training on Monday following concerns over a quadriceps injury that forced the six-time Ballon d'Or winner to train away from the squad.

Messi is set to face Mallorca after Setien told Catalunya Radio: "We didn't have any doubts over his availability against Mallorca.

"There have also been others with [injury] problems. He stopped [training] out of precaution."

Meanwhile, Luis Suarez has been declared fit to play for Barca in their final 11 matches of the 2019-20 season after recovering from the knee operation he underwent in January.

Suarez had surgery on the external meniscus of his right knee at the start of the year, having reportedly struggled with the issue for several months at that point.

Setien, however, is unsure whether the 33-year-old Uruguay international forward will start away to Mallorca.

"It's something that we have to talk about," Setien said. "I'm sure he could play from the start. It would be hasty for him to play the whole match. We don't know if he'll play from start to finish.

"He's doing very well, but we have to avoid putting him at risk. Any [injury] problem makes you miss three or four matches, which would be very damaging."

Setien added: "He's an extraordinary player. He has some qualities that any team would want.

"He's very active, he puts a lot of pressure on opponents and defences, his movement is good and he has great effectiveness. He's a great addition, without doubt."