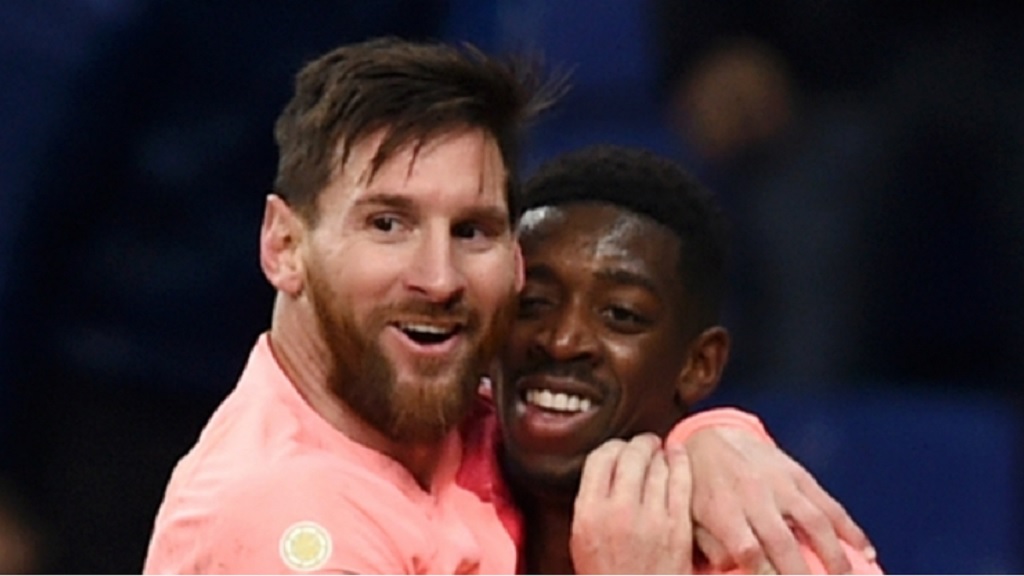 Lionel Messi has told Ousmane Dembele he needs to step up for Barcelona and be more professional.

Stories about Dembele's discipline, including time-keeping issues, have been a constant thread through the France forward's career to date.

His lack of development since swapping Borussia Dortmund for Camp Nou led to Dembele reportedly being offered to Paris Saint-Germain (PSG) as a makeweight in a proposed deal for Neymar.

No transfer went through before the deadline at the start of September, however, with former Rennes starlet Dembele said to be reluctant to make the return to Ligue 1.

Barca captain Messi has made it clear more is expected of Dembele this term, although the 22-year-old scored eight LaLiga goals in 2018-19 when only starting 20 games.

"I believe he's an impressive talent who can do whatever he wants," Messi said in an interview with SPORT. "He is very young and I think this year will be very important for him to make the step up that the whole of the Barcelona fanbase wants to see.

"He needs to make that change to be more professional, to put that idea into his head, so he can be a success at Barcelona like he wants to be. I hope he doesn't have the bad luck he’s had with injuries.

"Last year, when we needed him the most, he was injured. Hopefully that doesn't happen this year and he's able to show everything he has, which is a lot. As a player, he's very impressive."

Messi, though, accepts it is not easy to thrive at Barca, with players such as Philippe Coutinho having failed to make their mark.

"It's very difficult to play for Barcelona," he said. "It's the biggest club in the world and everything that comes with it is tough.

"The supporters, the groups, the media coverage ... It isn't easy to come in and step out onto the Camp Nou pitch. It doesn't matter for some and others feel it immediately.

"When someone has a strong mentality and is confident, everything works out. But not everyone is the same. Some people aren't able to adapt to these things in the same way.

"It isn't easy to play for Barcelona."

LIAT set to return to the skies on November 1