Mia Amor Mottley is the Woman of the Year 2018 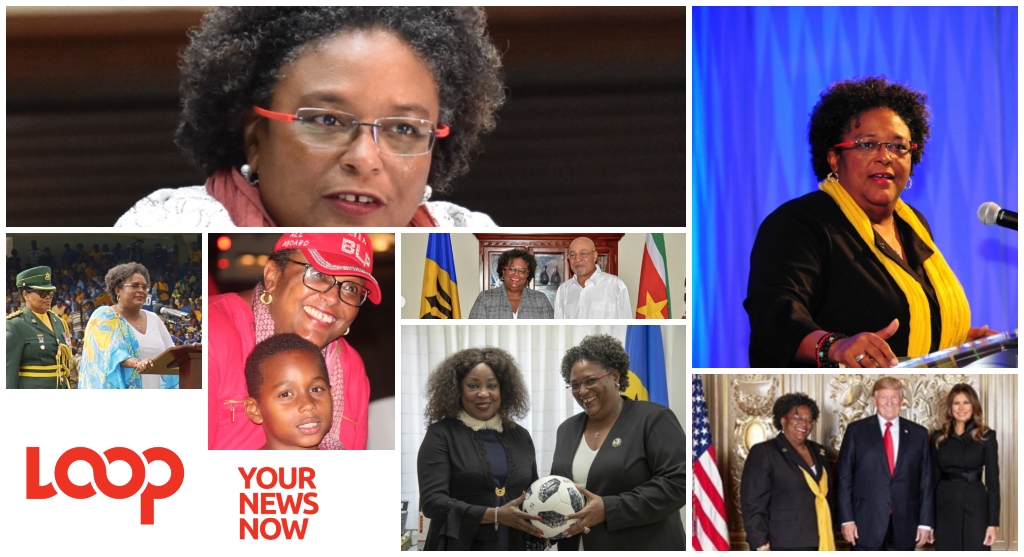 At 52 years old, she made history in a monumental way and wrote her name on history's page - Prime Minister of Barbados Mia Amor Mottley.

She is the first female Prime Minister and on May 24, 2018, when the ballots were counted across the 30 constituencies, her victory was flawless. The Mottley-led Barbados Labour Party (BLP) government won in a landslide sweeping all 30 seats.

With a childhood dream allegedly of becoming prime minister, Mottley has stamped her name on the Year 2018 in numerous ways.

Choosing to "rub shoulders" with Bajans of all walks of life from Christ Church in the South to St. Lucy in the North, before even taking up the post at the helm, as she campaigned she sought to keep her ears to the ground and she met people where they were at.

On platform after platform, when they went low, she opted on many occasions to go high. She asked the populace to "put me in and watch muh" and ever since taking up the mantle, she has tried to be totally transparent and fair.

She has changed the way news is delivered in Barbados, with her Facebook Lives whether at home or abroad. She has ensured that Bajans at home and in the Diaspora can hear the sound of her voice, know her policies and even challenge her where they deem necessary.

On this note, where this government has dropped the batton, for example with the Proof of Address policy for licence renewals, she apologised and regrouped, listening to the people. In her inaugural end of year ministerial statement and six-month update, she said that, "we are trying to do so much in such a short time, that we know we will have missteps. Our stance will not be to deny them, but to be quick at correcting them; to listen; to improve; from silent government to smart government."

Mottley has championed BERT; she has shaken hands with the IMF and the CDB and she has pledged to continue to stabilise the Barbados dollar.

She has done in six short months what she said dem say couldn't be done.

"Our dollar has been brought to safety.

"If we continue in this direction, we will be able to start the relaxation of our exchange controls.

"In a few months, we executed one of the largest exchanges of government debt as a percent of national income in world history....

"They said we could not do it.

"That we could not afford it, we said that Government is about choices and these are the choices we make.

"Despite all of our expenditures, refunds, and repayments, government today has moved from a decade of deficits to our first surplus this quarter."

Mottley in her short time as Prime Minister is not only influencing Barbadian young girls but girls across the region, just as she is inspiring politicians throughout CARICOM as well and future leaders around the globe.