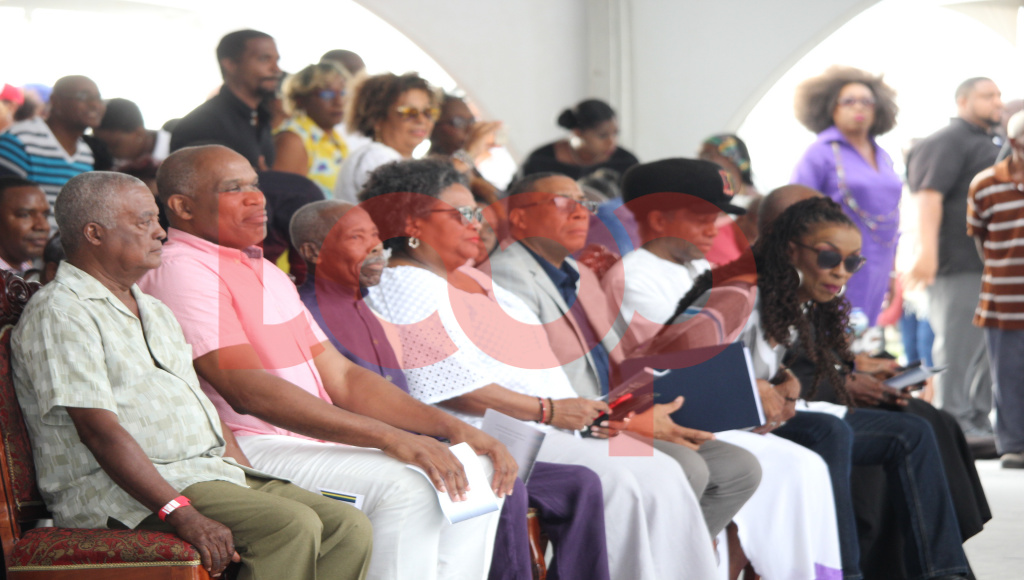 If things go according to plan, in addition to the highest honours in the land – that of Knight or Dame of St Andrew and National Hero, Barbados could soon have another accolade in the mix.

Speaking as veteran calypsonian, Leo MacDonald Blenman was honoured with the renaming of the Spring Garden Highway to the Mighty Grynner Highway, Prime Minister, Mia Mottley, said this is one of the things that had to be corrected.

“I asked the Cabinet Secretary just over a week ago, to produce and prepare the documentation because the time has come for us to have, without prejudice to the National Hero of Barbados, which is in a special place of its own . . . that our highest award right now under the Order of Barbados is the knight of St Andrew.

“We must claim our destiny and, we must now establish an equivalent award under the freedom of Barbados, so that Barbadians who do not want to be known as Sir or Dame of St Andrew, can still have the highest national award in this country,” she told an audience filled with legends in the entertainment fraternity, including Eddie Grant, Clairmonte ‘Pompey’ Pilgrim, members of cabinet, officials from the National Cultural Foundation and, Barbadians from all walks of life.

Mottley further explained that under the proposed accolades, those Barbadians who opt not to receive the knighthood or damehood, options would be made available.

“… because there will still be some who want the Knight of St Andrew, but there are many, many of us of the independence generation, who would not now want to accept that award . those persons in claiming the freedom of Barbados, would be herein after known as Most Excellent.”

Prime Minister Mottley also took the opportunity to apologise to the island’s entertainment promoters, telling them they should not be going through “hell in this country to be able to do a simple thing as to help us celebrate [Crop Over]”.

To much applause she said there were modern day realities and kinks the relevant authorities were unable to get right the first time, but assured that her administration was working to correct this problem.

“And today I met with the Barbados Revenue Authority and I have asked them to please remove the hurdles.  In fact we have agreed that the one stop license shall be issued from the National Cultural Foundation as of next week [Monday], for the balance of Crop Over.  Similarly in reviewing the legislation, I recognize that it is a 34-year-old piece of legislation that needs reviewing, and I have asked the Attorney General to please lead the effort to allow us to review the Public Entertainment Legislation.

VIDEO: Rotimi has plans to be back in Barbados for Crop Over 2019