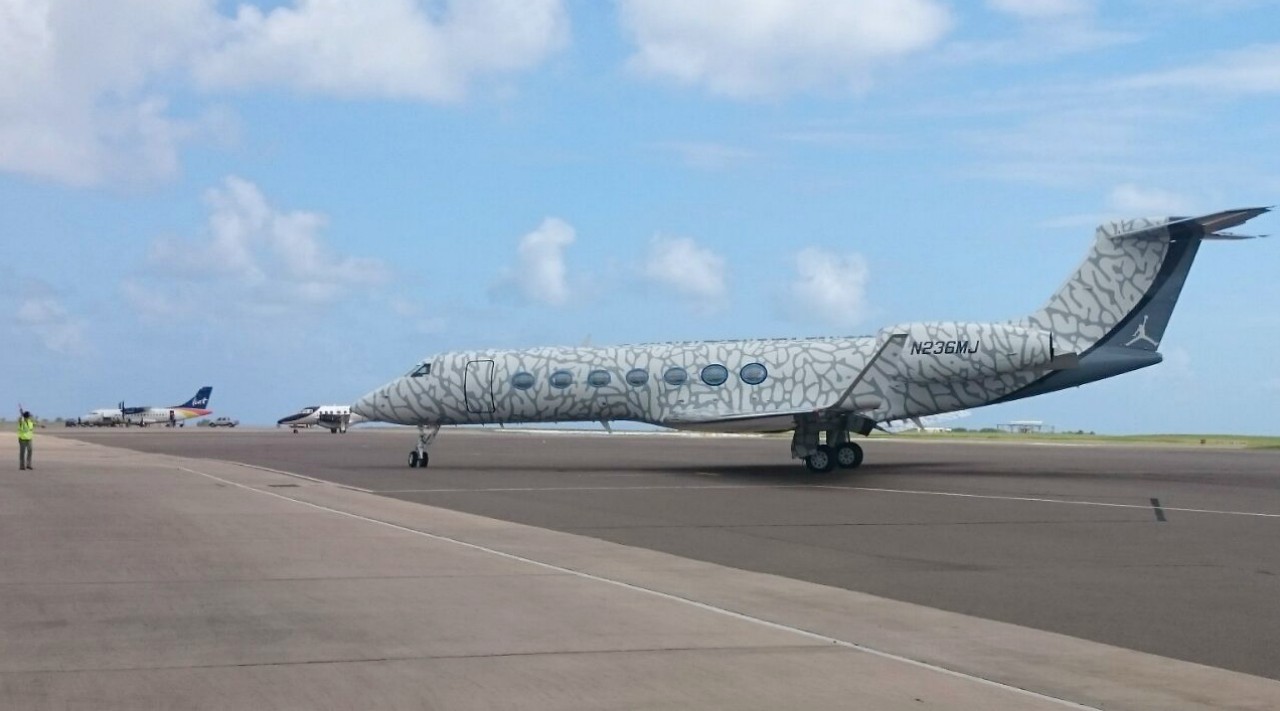 Michael Jordan is remembered by many basketball fans as the player who could fly on the court as he soared to the basket, time and time again.

Well, after spending some days in Barbados this week, Jordan who is now the principal owner and chairman of the NBA Charlotte Hornets indeed flew... out of the island on board his private jet. 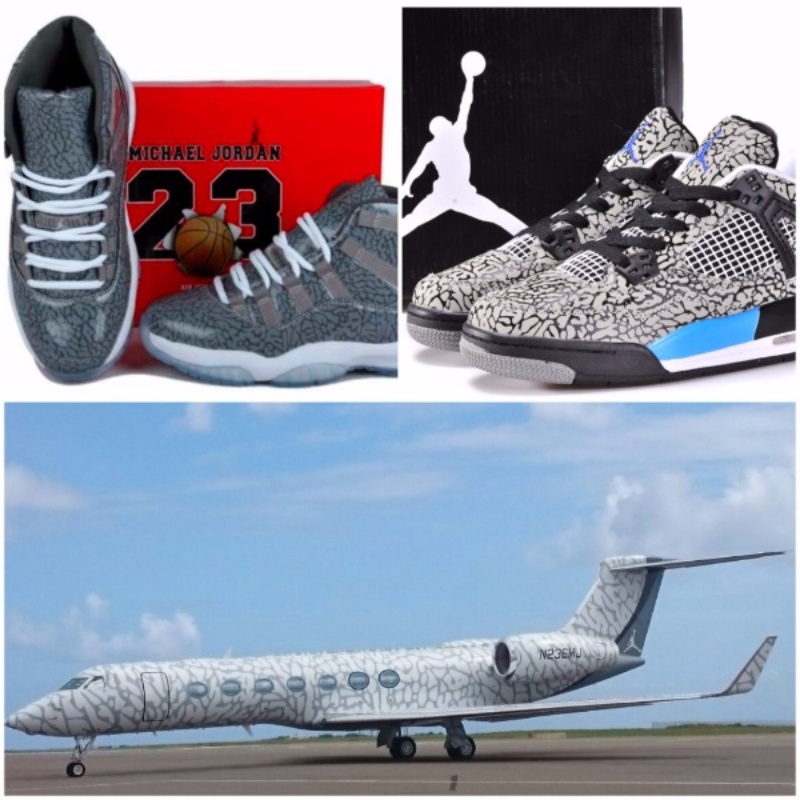 Just like his shoe line, MJ's private jet also carries his signature logo the 'Jumpman' and the grey and white pattern is actually similar to the 'Burst Crack' Jordan pattern. According to reports from airport staff, the jet originally landed in Barbados either Monday or Tuesday.

TMZ posted an article on December 7, 2017, titled 'MICHAEL JORDAN ROCKS MYSTERY JORDANS... On Barbados Vacation'. In the brief article, they were trying to determine the make and model of the kicks Jordan held in his hand in a photo. The photos also showed him enjoying cigars while on an excursion at sea. From the photos, it appears he was spotted along the West Coast of the island.