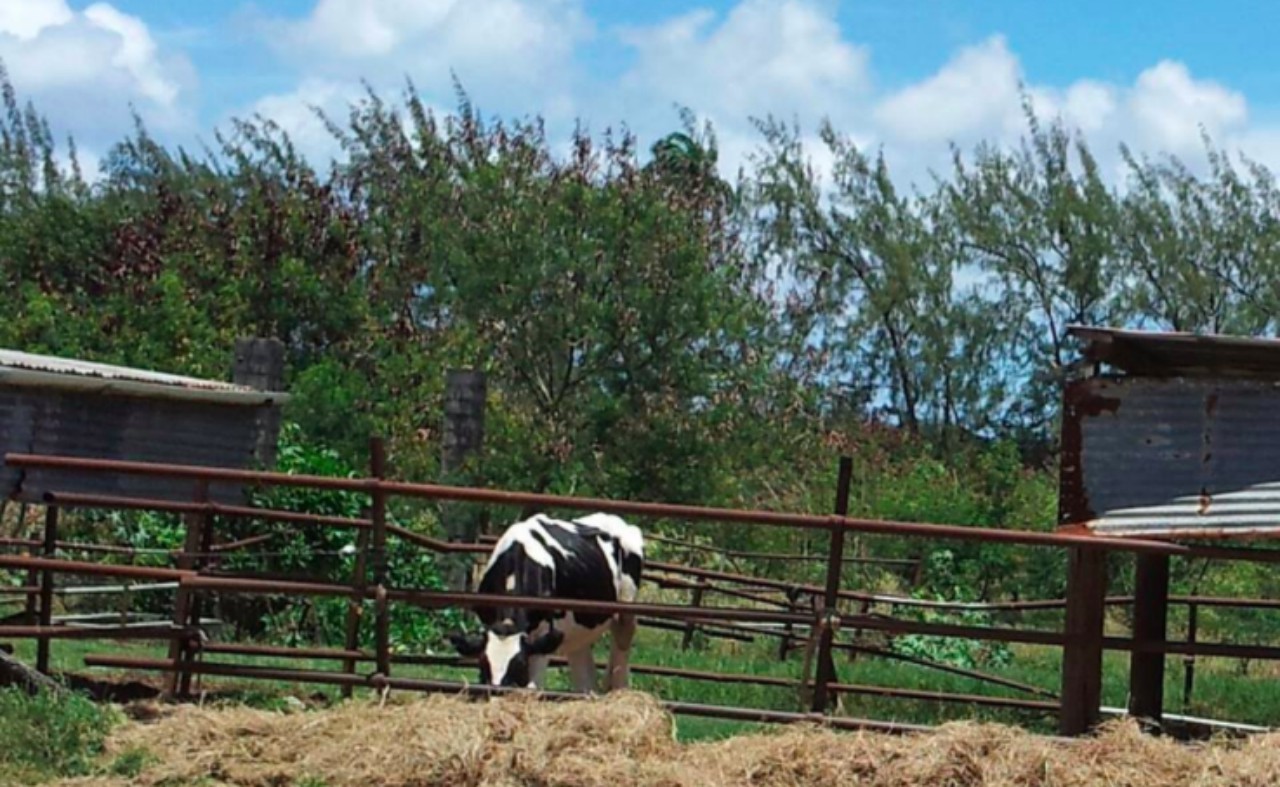 One of Annette Beckett's dairy cows.

Veteran Dairy Farmers, Annette Beckett and Keith Cyrus of Meka Co. Ltd., have found themselves in the winner’s circle again, after coming out on top of PINEHILL’s Best Quarterly Milk Quality Awards for the third quarter of 2017. The farm also won the award in the first quarter of this year.

It has been a year of firsts for the farm, which had never won the Award prior to 2017. Speaking on her win, co-owner of MEKA Co. Ltd., Annette Beckett, said the prize, which recognizes the dairy farm with the best milk quality for the period, came during a difficult year for the dairy industry.

“It’s been a challenging year for dairy farmers because of the increases in the cost of our operations. Even so, we have sustained the price of our product. That’s been the challenge, because now, what farmers would have “had in profits”we’ve had to spend it, to counter these additional costs,” she said.

The issues raised by Beckett have not fallen on deaf ears, as Supply Manager with The Pine Hill Dairy, Lorenzo Roach, says the Dairy is aware of their concerns. “We are working with the 16 dairy farms which supply the Dairy with milk to find ways to manage any challenges facing the industry. We also continue to urge for the introduction of the long promisedCess on milk, which would help to make our products cheaper to the consumer while allowing farmers an opportunity to benefit financially from the industry.”

The Cess on milk was announced by the Minister of Finance, Chris Sinckler, in his 2015 Budget presentation. Once the Cessbecomes law, it will be levied at five percent on milk products containing no less than 60 percent of liquid and fresh cow’s milk, and at ten percent Cess for all other milks and milk substitute products. The money collected from the Cess would be used to fund a subsidy for farmers, helping to reduce their farm gate price to the Pine Hill Dairy, which would, in turn, reduce the price to consumers.

Roach is also pleased with the results of the Quarterly Milk Awards, “we are proud to work with suppliers who seek to continuously improve the standards of their product, as this translates to improved value for our consumers.  It is this common focus between us as a producer, and the farming community as a supplier, that drives our desire to meet and exceed the expectations of our consumers,” he said.

The Pine Hill Dairy recognizes four farmers each year during its Best Quarterly Milk Quality Awards. At the end of the year, the most consistent farmer receives an overall award. The initiative has been credited with encouraging suppliers to continuously improve the overall quality of their milk supply.