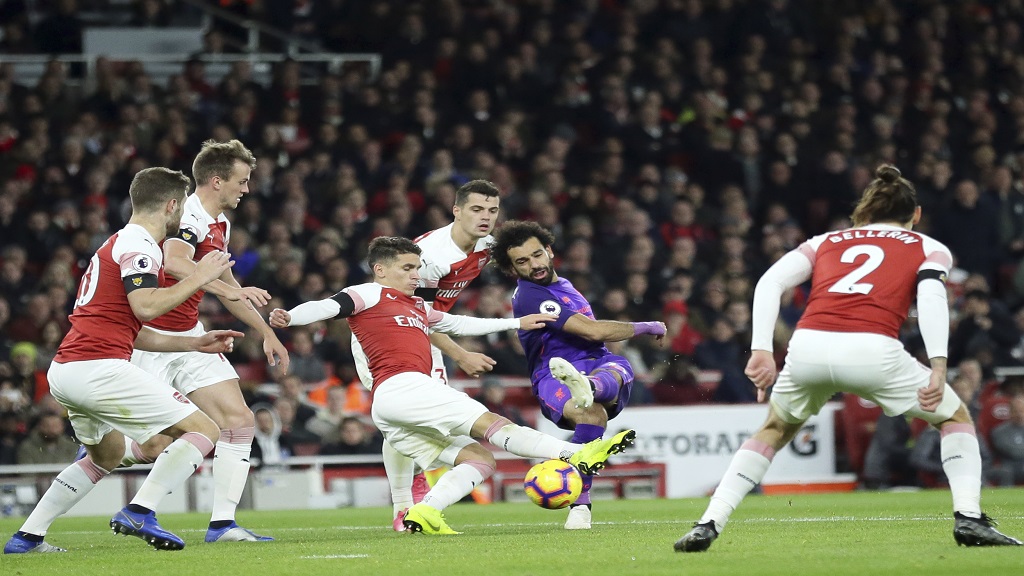 Liverpool midfielder James Milner's 50th English Premier League goal was not enough to secure victory as his side had to settle for 1-1 against fellow title chaser Arsenal at Emirates Stadium on Saturday.

The teams had first-half strikes ruled out for offside and the visitors were particularly unfortunate to see Sadio Mane's effort disallowed.

The Senegal forward pounced after Roberto Firmino hit the post, and the goal was chalked off even though Mane was behind the ball when his fellow striker lobbed Arsenal goalkeeper Bernd Leno.

Alexandre Lacazette also netted at the other end but teammate Shkodran Mustafi was clearly in an offside position.

Liverpool eventually took the lead on the hour when Leno pushed Mane's cross back in front of his own goal and Milner drilled in his third goal of the season.

Alex Iwobi then set up the equalizer with a clever pass to Lacazette, who curled in a precise shot to preserve Arsenal's 14-match unbeaten streak in all competitions.

The draw took Liverpool one point clear in the standings before second-place Manchester City host Southampton on Sunday.

Arsenal are four points off the pace.

Over at the Molineux Stadium in Wolverhampton, Tottenham surged into a three-goal lead but were left hanging to beat Wolverhampton 3-2 after Argentine debutant Juan Foyth conceded two second-half penalties on his first start in the English Premier League.

Erik Lamela burst into the penalty area before rolling his shot under home goalkeeper Rui Patricio to open the scoring.

Tottenham added a second goal three minutes later when Lucas Moura powered in a free header, and the three points seemed assured when Harry Kane scored his eighth goal of the season in the 62nd minute after Rui Patricio saved his initial effort.

Jimenez pulled another goal back with another spot kick in the 79th after Foyth brought down defender Jonny, but fourth-place Tottenham defied Wolverhampton's late bid for an equalizer to move within three points of leader Liverpool.