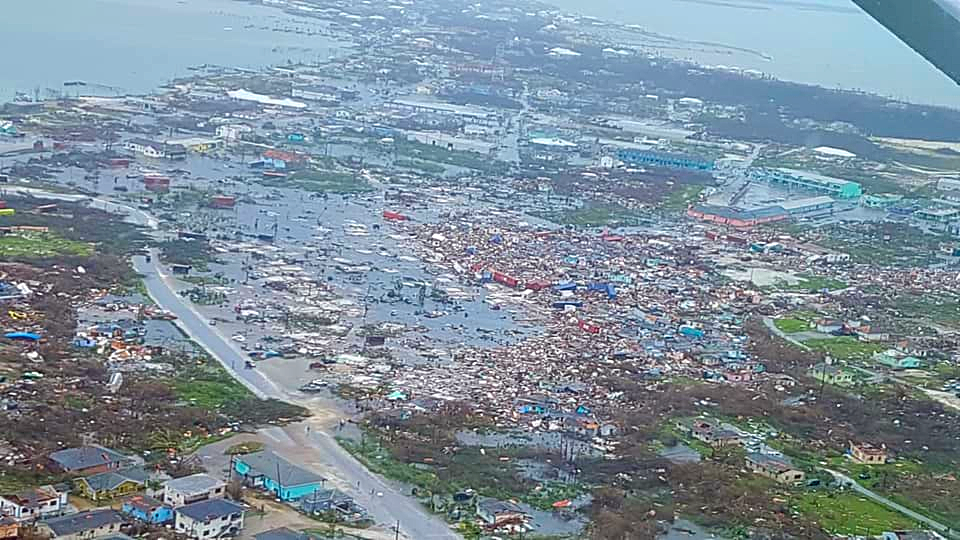 (File Photo) Aerial view of the destruction caused by Dorian to the island of Bahamas.

Minister of Information, Broadcasting and Public Affairs, Senator Lucille Moe has issued a scolding to those Barbadians who criticized government’s preparations for the passage of Dorian.

Last month, a national shutdown was issued for Barbados in anticipation for what was then Tropical Storm Dorian.

The announcement of the impending weather system sent Barbadians into a frenzy as they rushed to stock up on hurricane supplies. Dorian was expected to hit the island with maximum sustained winds of 60 mph and drop at least six inches of rainfall, however, there was minimal damage.

Senator Moe said Barbadians should be thankful Dorian “touched Barbados as a storm and not a hurricane”.

“We can count ourselves very fortunate as once again we have avoided what is occurring there in Bahamas.”

I did read some of the [social media] comments … I was very surprised by comments made by Barbadians when they said things like they went and bought things and no storm and there was a lock down and no storm.”

A few days later, Dorian bore down on the islands of The Bahamas as a dangerous Category 4 storm and was eventually upgraded to a Category 5 when it made landfall on Monday, September 1 bringing with it maximum sustained winds of 190 mph. As a result the island of Abaco was completely flattened while Grand Bahama suffered extensive structural damage.

Senator Moe said the destruction which occurred in Bahamas as well as in other Caribbean countries in previous years, is proof that all warnings and precautions should be taken seriously.

We can see what has happened in many Caribbean islands over the years, we even see the strength of the storms coming our way because our waters too are getting warmer… “

The Minister was speaking during a planning meeting with local and regional media for the upcoming telethon aimed at raising funds for Bahamas. The telethon is scheduled for Sunday, September 8 and will be aired on the Caribbean Broadcasting Corporation.