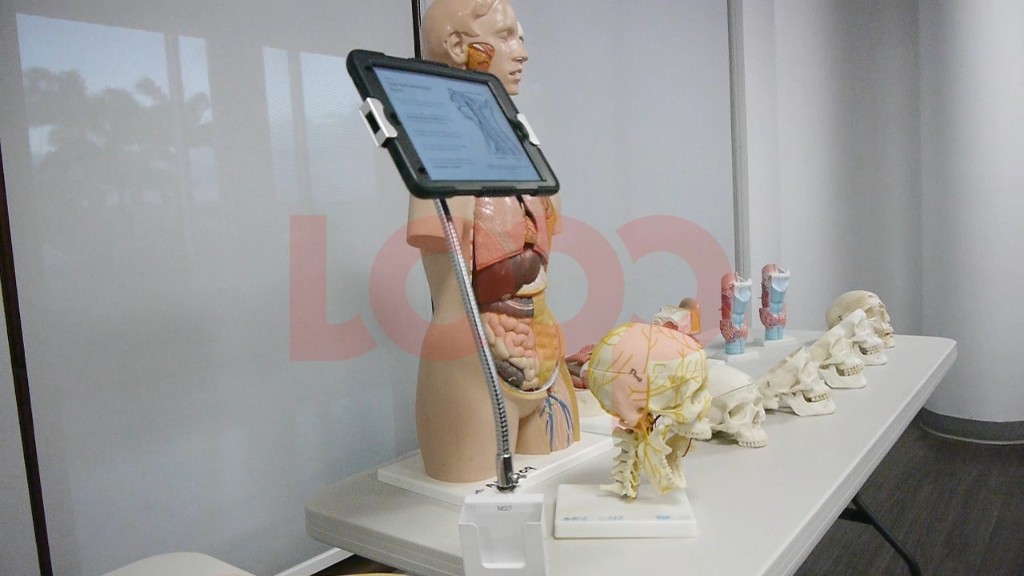 Barbados' Health Minister is looking beyond the economic and social benefits of having Ross University School of Medicine staff and students on island, to seeing the educational benefits which could be afforded to local practitioners such as doctors and nurses, who are already practising or fresh out the schoolroom.

"I'm very excited by the level of technology that is being utilised here [at the Barbados campus], for two reasons.

"One, it puts us on the map as having a facility like this, but even more importantly for me is the possibility of being able to forge a partnership with Ross so that we can have some of our healthcare professionals utilising the simulations here in terms of improving their own training and education. So that is something that excites."

In the public sector, he highlighted that he would like to see those who work in the primary healthcare facilities like the polyclinics "to get that level of training, acute care training."

Furthermore, the Minister of Health and Wellness looked at the doors which Ross University in partnership with Chamberlain College, can provide for young nurses.

"The young nurses in particular, coming out of [Barbados] Community College, I think this would be more than beneficial for them and for the country."

Ross Univerity, Barbados on the map with new technology

The new campus has one of the only five accredited Simulation Centres outside of the United States, and it houses the only Digital Anatomy Lab of its kind in the region.

The Digital Anatomy Lab says Good-bye to cadavers. On the tour of the facility VP of Ross University Carey James told persons:

"What you see here is state-of-art." James said. Head of the Anatomy Department, Dr. Sheila Nunn added that after touring the best programmes across the United States, with the help of funds from Adtalem, Ross University School of Medicine was able to secure their wishlist of technological gadgets.

On behalf of Adtalem, CEO and President Lisa Wardell shared:

"What allowed us to do this - when you have an anatomy that's in place that works just fine...  when you have that it's very hard to come back and say as an investment profile, let's start from scratch, get rid of all of this, go around, find the best technology in the best teaching universities in the United States and Canada and then let's get rid of all of that and bring everything in. This was an opportunity because this was, for those who toured the building with me couple of months ago, this was a concrete shell of a floor and a building. This allowed us to go then to our shareholders, our owners, our fellow owners and say this is our ability to put Ross University School of Medicine, Dr. Nunn and her Anatomy team and Dr. [Rhonda] McIntyre and what they're doing with excellence in medicine on the map, because there's nothing there.

"So we're not making that decision between are we throwing away perfectly good things to get the best in excellence. we had this opportunity and we took it versus just transferring what we had there [in Dominica] and putting here.

"And that's why you have this opportunity to be able to say, 'Hey world, we've got World-Class here!'"

The transformation was also supported by Adtalem's creditors as well.

The Ross University Dean and Chancellor Dr. William Owen echoed the sentiments to Loop saying, "We've taken what we really thought were the best parts from the different programmes and put them all together in one place in Barbados."