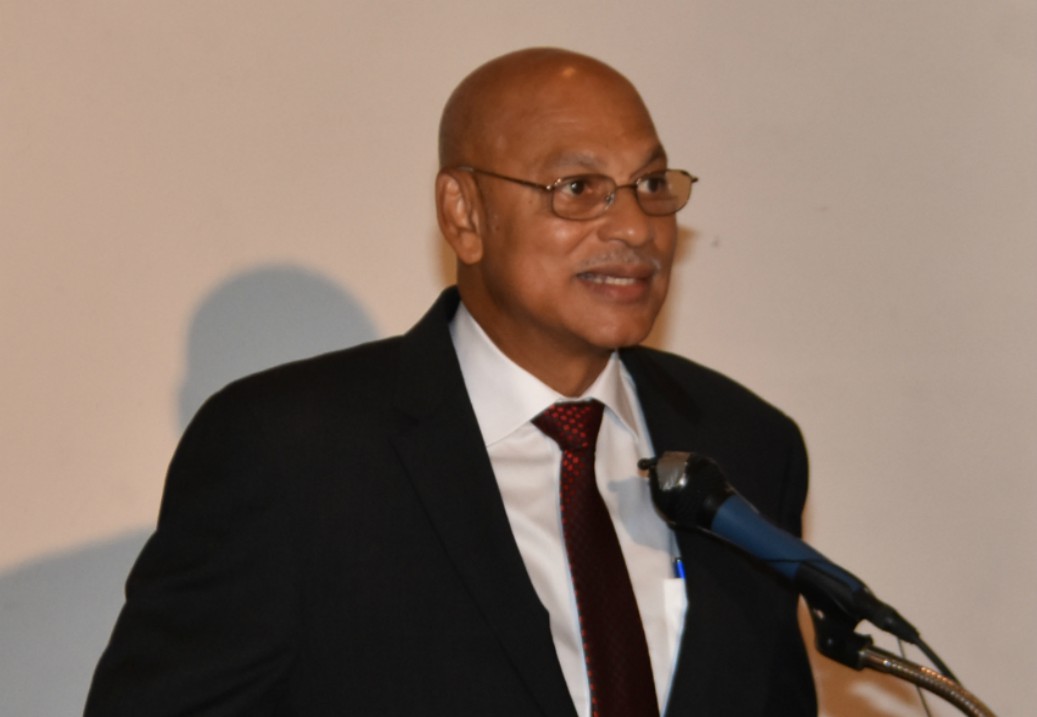 A pending move by the European Union (EU) to blacklist Barbados has been described as “heartless” by Minister of Industry and International Business, Ronald Toppin.

Speaking via Zoom during the Barbados International Business Association’s launch of Global Business Week 2020, Toppin said “barring a miraculous change of mind” it is expected that the EU will announce the listing on Tuesday, October 6.

He explained that the EU automatically blacklists jurisdictions that receive a partially compliant rating by the Organisation for Economic Co-Operation and Development (OECD)’s Global Forum. He said Barbados now finds itself in this position after a review of the period July 2015 to June 2018. Ratings range from Non-Compliant to Partially Compliant through to Largely Compliant to Compliant.

Addressing the EU’s blacklisting, the Minister of Industry and International Business stressed:

“It is an unthinkable act, and all the more so at a time when we, like so many other small developing countries, are trying to desperately cope with the ravages of COVID-19, a global pandemic that is wreaking havoc on our economy. Such threatened heartless action by the EU at this time would only serve to compound our problems and make a bad situation worse.”

However, he gave the assurance that his Ministry was doing everything it could, inclusive of providing progress reports to the OECD every two weeks from the Barbados Revenue Authority (BRA) and the International Business Unit (IBU), to ensure that the island could at least secured a largely compliant rating in the shortest time possible.

“We expect that this collaboration with the OECD’s Global Forum will enable us to submit a request for a Supplementary Review by the beginning of December if not before and achieve our aim of being delisted from Annex 1 by February 2021,” he noted.

Outlining how the pending challenge originated, Toppin said: “Coming out of the Global Forum’s 2015 report, Barbados was required to implement a number of changes in its framework between July 2015 and June 2018. This fell squarely under the remit of the last administration for action and implementation. However, the changes were not effected in the timeline stipulated when Barbados was reviewed for the July 2015 to June 2018 period by the Global Forum. We were given a Partially Compliant rating, falling short of at least the Largely Compliant rating, which would have been satisfactory.

“That review, which was concluded in March of this year, found that the necessary legislative amendments were, by then, in place, having been enacted by this administration last year. Barbados’ legislative framework was therefore found to be in order. However, this was not deemed to be enough to avert the Partially Compliant rating as it really should have been done by June 2018.”

He added that not enough time had passed between the revisions and amendments to the legislation, and when the Global Forum conducted the review for that agency to assess the effectiveness and enforcement of the regulation and legislation to determine the extent of compliance.

“It is mind-boggling that the EU would even contemplate taking such drastic action at this time. Even with the OECD’s Partially Compliant rating Barbados has made great strides to step up from that rating. In correspondence from the EU’s Code of Conduct Group in July of this year, they acknowledged “the progress made in many areas since the last peer review and welcome the spirit of cooperation with which you (Barbados) are approaching this”,” he stated.

Furthermore, the European Bank for Reconstruction and Development, as well as the World Bank Group, had given Barbados until April 2021 and June 2021 respectively to collect the deficiencies and meet the Global Forum’s standard.

No prior warning before EU blacklisting, AG calls it 'unjust'