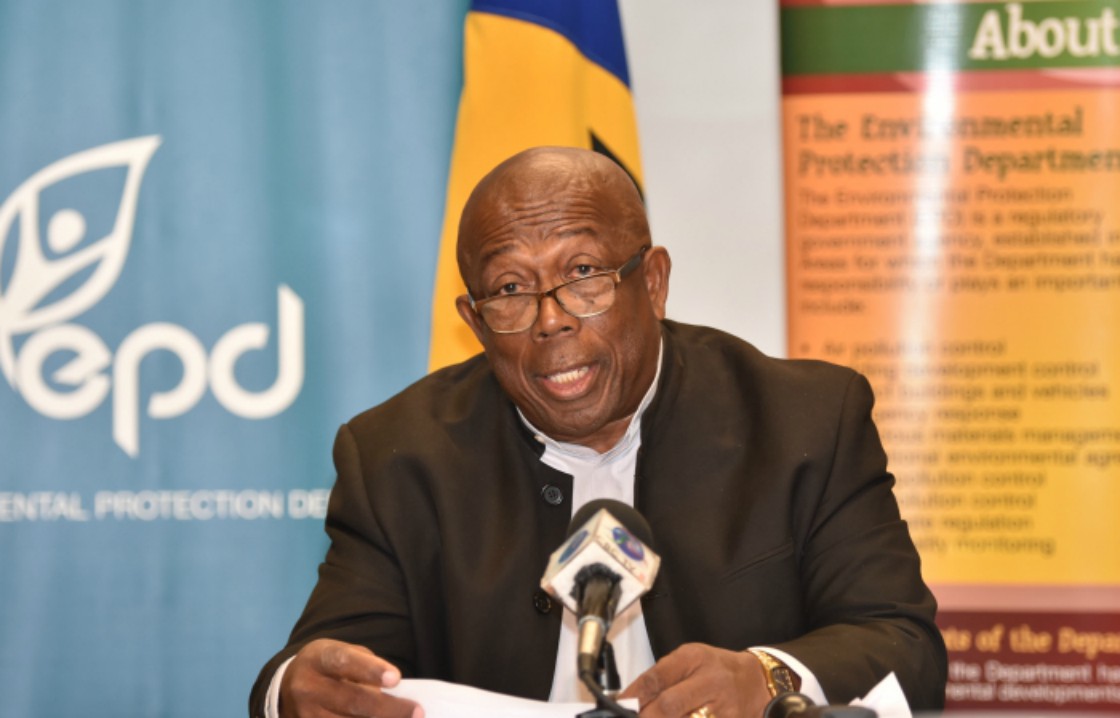 A “short term solution” will be implemented to mitigate the challenges at B’s Recycling facility, which was affected by a fire on August 13.

The revelation from Minister of Environment and National Beautification, Trevor Prescod came during a tour of the Cane Garden, St. Thomas facility.

He noted that touring the facility and doing an assessment was a preemptive move to reduce the high probability of another fire taking place there, which would affect persons as far down as the west coast of Barbados.

During the tour, a detailed discussion ensued about the challenges impacting the facility, and its ability to sort the waste collected and shipped.

“We need to put mechanisms in place at that site, so we can mitigate against any catastrophic occasions,” Mr. Prescod said, stating that upon completion of a drone aerial inspection and discussions with ministry officials, a short term solution would be implemented to assist the facility in reducing the “large compilation of mixed waste” at the facility.

The team also visited the Sanitation Service Authority’s (SSA) headquarters building at Vaucluse, St. Thomas, as well as its Bagatelle Bulk Waste Disposal site, at Hoyte’s Village, St. James. Minister Prescod disclosed that he would need to meet with property managers Moorjani Caribbean (Barbados) Limited to discuss the issues at the SSA headquarters, and the way forward to address those issues, so the complex could become functional.

At the Bagatelle Bulk Waste Disposal site, which was temporarily opened from

Sunday, August 25, to Monday, August 26, to accept bulk waste that could have become possible missiles during the passing of Tropical Storm Dorian, the Environment Minister was shown recent efforts to clean up the site, and the area referred to as Phase 2, for future use at the site.