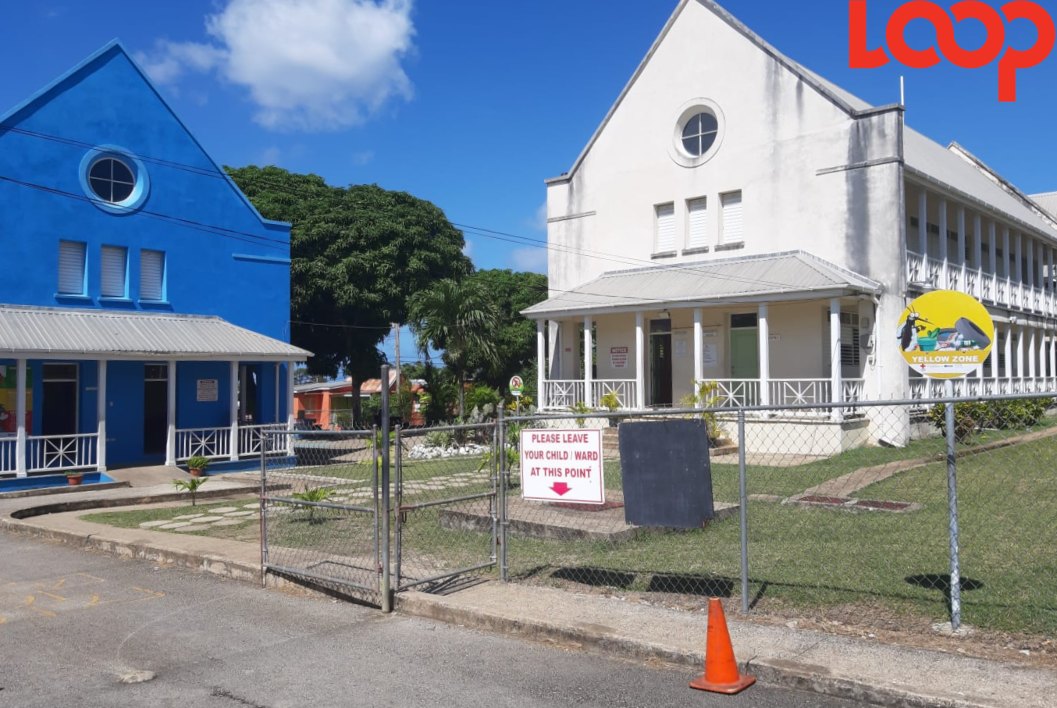 St Alban's Primary School was a ghost town following the shooting death of a parent.

The shooting death of a father just outside the St Alban’s Primary School has been described by the Minister of Education as “an assault on the educational system”.

On Wednesday January 16, around 8.10 am, a gun man opened fire, killing 38-year-old Marlon Holder in view of his son and other students in the area. The school was immediately closed and parents were called to collect their children.

Ministry officials, along with Police Superintendent Elliott Bovell, met with school principal Wendine Prince and other members of staff subsequent to the shooting. Education Minister, Santia Bradshaw chaired the meeting with staff, many of whom were still visibly upset from the tragedy involving the parent of one of their students.

“This is a very difficult time for all concerned, particularly the staff of the St Alban’s Primary. They have been impacted this morning as a result of what I consider to be a very lawless act,” Bradshaw said, while also expressing condolences from the Ministry and St Alban’s school to the family of the deceased. The victim was also said to be the stepfather of another student at a different school.

“For someone to be able to take this step, to come so close to the proximity of a school without regard for the lives of the students and in particular the staff at this institution is something that none of us in this society must tolerate,” stated Bradshaw. “One person has died but we now have the trauma and the experience that now the entire school community has to face, and we now have to deal with.”

While emphasizing that the shooting did not take place on the St Alban’s school compound, Bradshaw noted it was in the vicinity during the early hours when students, teachers, school meals workers, PTA representatives helping with traffic and other ancillary staff would have been traversing the area.

“I think that people need to appreciate that when they carry out these acts in our society it does not only impact the victim. We are seeing that these acts of violence, which are senseless in the most part, are impacting entire communities, entire households, entire families,” the Minister stressed. Bradshaw said the Ministry had “zero tolerance” for violence and would do all within its power to stop these types of incidences occurring on, or near school premises.

“The Royal Barbados Police Force has been working with the Ministry of Education in relation to the issue of security at all school plants,” noted Bradshaw when queried by Loop about assessment of school security. She stated the Force and Ministry would continue to build on this relationship to ensure the appropriate resources were available when needed. Bradshaw commended the school staff for working quickly to secure the safety of the students once they realized what was happening.

Counselors were on hand to assist staff members in coping with the morning incident which sent them and students scrambling to safety. Principal Prince acknowledged the emotional trauma for staff and students, however she cited their resilience as a school community. Approximately 417 students attend the school.

“Our main focus here will be to get students back to some sense of normalcy in short order,” stated Prince.

Classes have been cancelled for Friday January 17 and counselling will be made available for students. As part of the response to the tragedy, the Ministry has set up a hotline number to facilitate counselling and other queries parents may have. The hotline number is 535-0853.