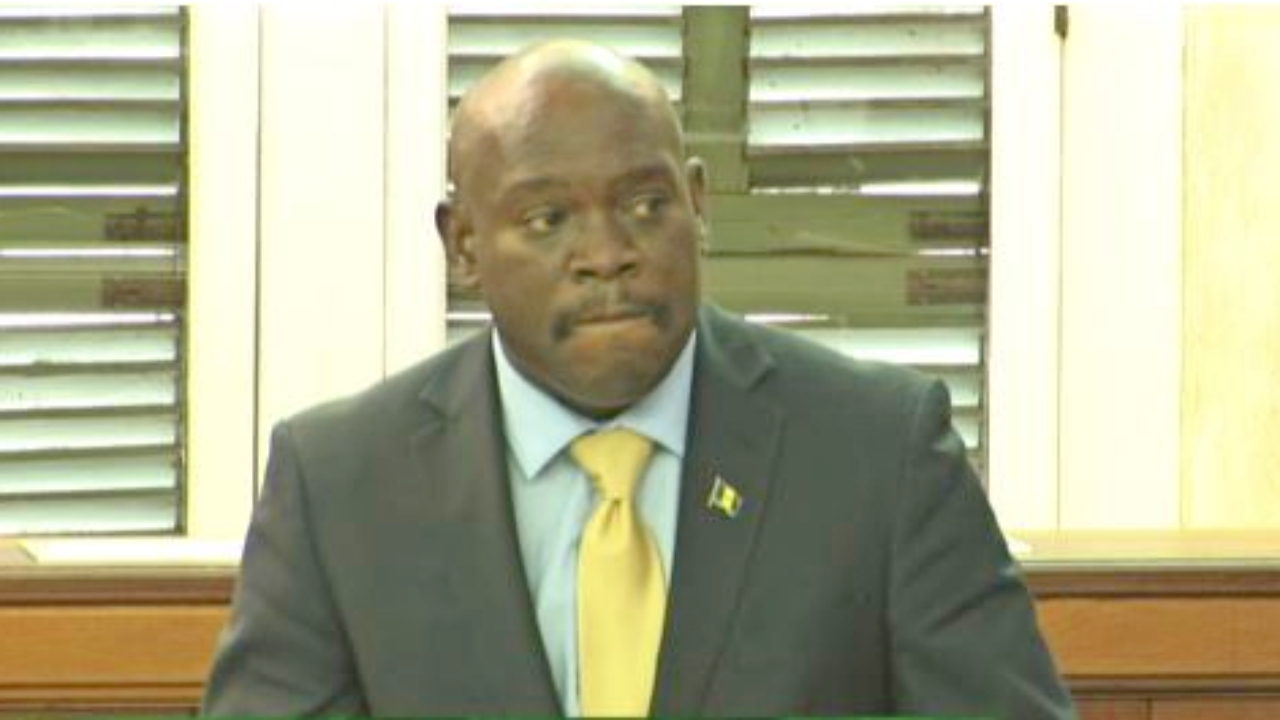 The Barbados Labour Party (BLP) government is doing what it must to bring the island out of the current economic decline.

That assertion from Minister in the Ministry of Finance, Ryan Straughn, as the BLP administration seeks approval of its debt restructuring plan in the House of Assembly today.

His comments came in light of an announcement of a debt exchange offer to holders of government paper last week, by Governor of the Central Bank of Barbados (CBB), Cleviston Haynes.

Tabling the Debt Holder (Approval of Debt Restructuring) Bill, 2018, Straughn justified Government's financial stance, stressing that the previous Democratic Labour Party (DLP) government left the island in such economic peril, that they had to take such steps:

"This has been a tough ask for the government of Barbados. From the perspective that having inherited on the 24th of May of this year, a financial situation that has been the worst ever handed to any government in the history of Barbados, that this government had to take clear and decisive action in order to maintain the stability of our exchange rate."

He condemned the DLP administration for its mismanagement of the public purse:

"People need to appreciate that responsible governments in the past ensured that our development took place within a framework to allow their lives to be improved with each dollar that we spent.

"Having inherited a public debt of nearly 15 billion dollars, one would think that we had income exceeding 20 billion... In 2007 our GDP was 9.1 billion dollars, but our public debt was 6.5 [billion]. And if at that time we said to the citizens of Barbados that we wanted to repay all of the debt the government owes, we would have been able to do that and would have had a little money left over."

He added that the situation would be much worse if they continued in the same vein of the previous administration:

"Persons who currently own securities issued by the government of Barbados, if we were to continue as the previous government did, it is very likely that we will not get back the very investment that you put in - that is the harsh reality.

"And so therefore the choice is clear, the terms that we are offering you the holder of the securities, to get back your principals on your investment over a period of time in a way that allows the government to pay you easier, rather than in the current system where if you purchase any government security right now, the only thing you get back right now would be the interest."

The Member of Parliament for Christ Church East Central told Barbadians that while his government is seeking to address these issues, it also understands the challenges that its people face. This is why he reinforced the point that persons who purchased government saving bonds in 2015 and 2016 will be able to get back their full investment, while other investors will be able to get back their interest and principal in instalments.

"It allows for great cash flow once we get through this adjustment period. For great crash flow because you're getting interested and principal together, and whilst in the early years the interest is lower... you are getting principal payments, which helps you to get through if there are any difficulties that pensioners or anybody may face."

Straugh maintained that the policies outlined by the government are best for Barbados:

"The Bill before Parliament today is to ensure the fair treatment of all creditors and a timely resolution to the government of Barbados's debt restructuring process.

"The Bill will provide for certain individuals and institutions holding treasury bills, treasury notes and debentures issued or guaranteed by the government of Barbados, certain individuals and institutions holding certain other Barbados denominated debt instruments incurred or guaranteed by the government, state home enterprises or government-supported entities, to facilitate the restructuring of all those through the voting process set out in this Bill and to bind all the affected creditors to the terms of the comprehensive debt restructuring proposals, where a specified supermajority of those creditors approve the proposals."

BES: Government on the right path