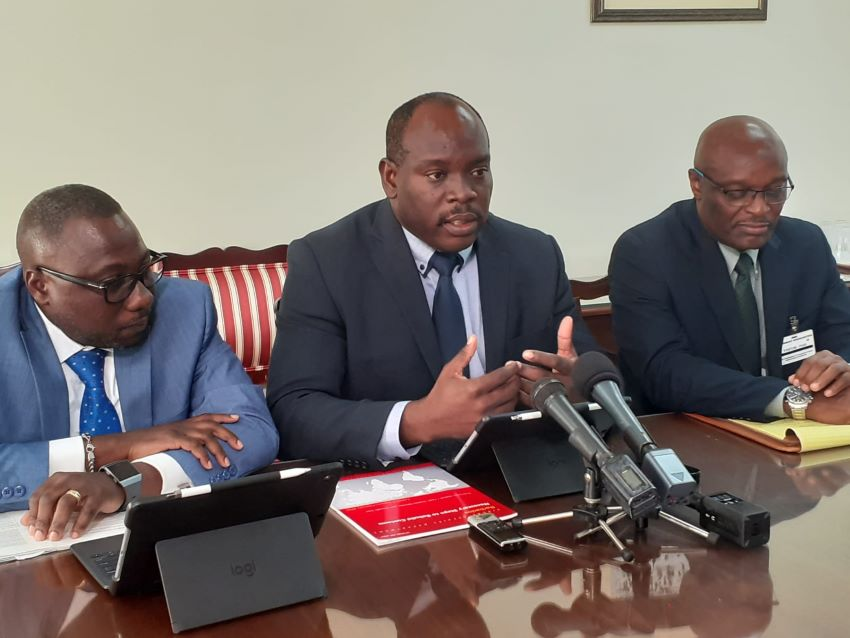 The ASYCUDA World System rolled out by Customs officials in Barbados earlier this week, has met some challenges.

However, Minister of State in the Ministry of Finance Ryan Straughn is confident that they will be addressed in a short matter of time.

He told a press conference the upgrade was necessary for the island’s Customs and Excise Department. This new system allows them to review, upgrade and modernize infrastructure and business facilitation for small, medium and large businesses in Barbados.

Straughn noted the shift would also make it much easier to clear items from the Ports of Entry.

“The process through which we expect to modernize the Customs department and the way that goods are processed is now moving from a paper system to a digital system.

“There are some aspects where the business community and specifically the stakeholders whether the shipping association, Customs Brokers, the Chamber of Commerce, the Barbados Manufacturers Association, the Customs Department over the last three months would have reengaged these persons with respect to being able to get them ready for the launch of ASYCUDA World,” the Minister stated.

Meantime, Newly appointed Comptroller of Customs Owen Holder has promised it should be another week before the challenges being faced as a result of the upgrade from ASYCUDO ++ to ASYCUDO World are fully resolved.

He told reporters the problems currently being encountered were not out of the norm and would be “addressed in short order”.

ASYCUDA or the Automated System for Customs Data is a computerized system designed by the United Nations Conference on Trade and Development (UNCTAD) to administer a country's customs.

There are three generations of the system in use: ASYCUDA version 2.7, ASYCUDA++, which Barbados was one of the first countries to implement and currently, the most recent version, ASYCUDA World.