Minister: Vending is 'critical', but standards must be tip top

The product of a vendor, with first-hand knowledge of the benefits and value of vending, Minister Dwight Sutherland has stressed, "vending is critical". However, he has tasked vendors and their Association to put good service and proper health practices on the front burner going forward. 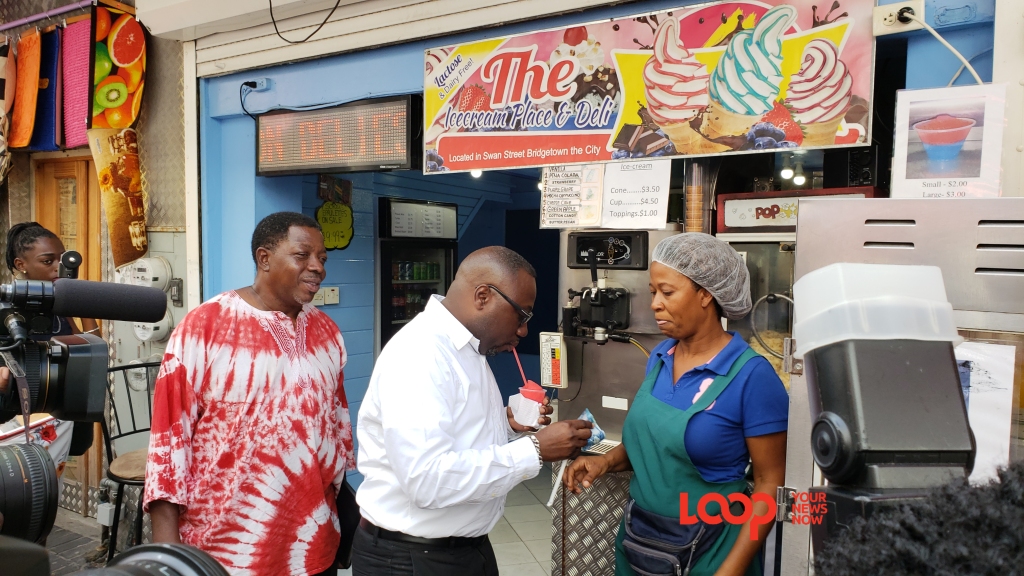 He uttered this sentiment that vending is part and parcel of Barbados' culture in many ways to various vendors plying their trade along the length and breadth of Swan Street in Bridgetown today, Wednesday, December 12, 2018; and he even ventured down Bolton Lane, where activity has returned following the October 19th fire that gutted four businesses.

The Minister of Small Business, Entrepreneurship and Commerce not only chatted and gave comforting words of encouragement to the vendors, but he also pulled his pocket and made a slew of purchases along the tour.

Speaking to the media after hearing the concerns and opinions of the over 30 vendors and businessowners who have taken the initiative to erect tables outside their stores in an effort to lure in passers-by or to catch passing sales, he said:

"One of the things we have to respect is that vending has been a way of life from slavery days, whereby people would have plied their trade whether selling fruits, whether selling whatever to feed their families and indeed vending has taken people in this country out of poverty. It send [sic] many children to school including myself. I am testimony of a grandfather who was  vendor in Ellerton, St. George... so indeed I am supportive of vendors.

"We just need to give them the respect that is due to them and also give them the space that they require to be part of the landscape of this country." 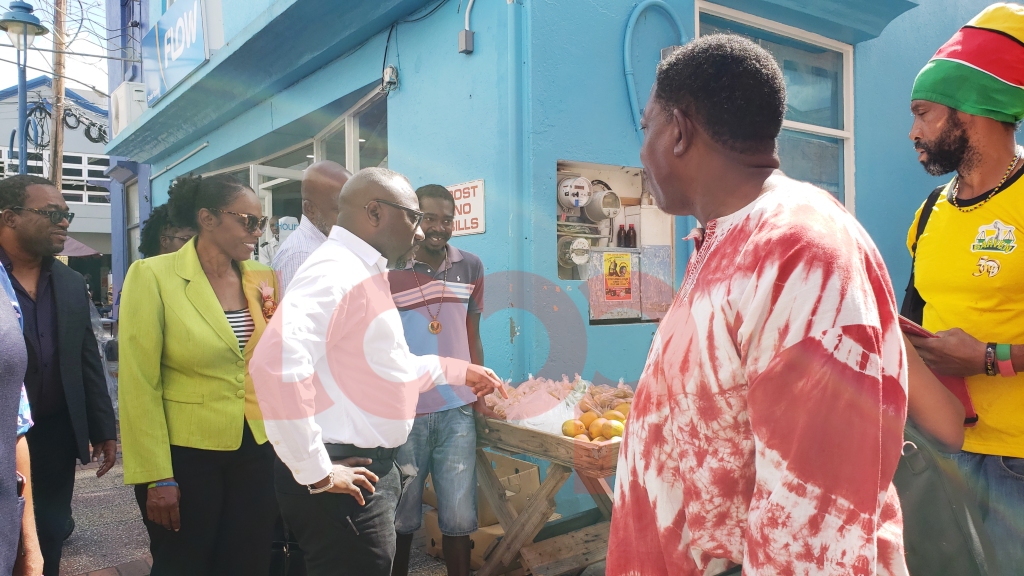 This was met with applause and cheers from the members of the Barbados Association of Retailers, Vendors and Entrepreneurs (BARVEN), who walked alongside the minister and ministry officials on the tour. Minister Sutherland assured them that like the Prime Minister Mia Mottley, he too is "passionate about vending."

However, noting the complaints about crowded streets and sidewalks in The City, with budding concerns of overcrowding if more people get involved, he said that more important than providing added space for vendors, attention must be paid to standards.

Therefore, he took a moment to urge BARVEN to focus on the standards as they seek to build-out vending as a key stakeholder with the government. "Health is very critical, and the product offerings."

But he did not dismiss the question of space.

Vendors can branch out of Town

He said, "We have a plan." Though he admitted that it may not be a short-term solution. He added, "Space is a critical issue, space utilisation will be critical." Speaking of an idea from BARVEN about vending and carpark spaces in Bridgetown, he posited that we still have spaces that we need to utilise especially recognising that in these tough times some of the people who have been laid off may resort to vending.

Furthermore, the Minister reminded that there are numerous types of vending beyond street vending and vending in town. Using other Caribbean islands as an example, he said the government has not limited vending to the streets. "People are now driving around doing vending and indeed I have seen a number of persons now who were laid off have become vendors. They have accessed the Trust Loan Fund and are plying their trade as a vendor or as vendors.

"It's not limited to Bridgetown!" He shared, there are the beaches, highways and by-ways. "You may say we are cramped for space in Bridgetown, but I don’t want our vendors to limit themselves to Bridgetown."

With Operation Yuletide in full effect, members of the Royal Barbados Police Force were also included on the tour and others could be seen patroling neighbouring streets around Swan Street.