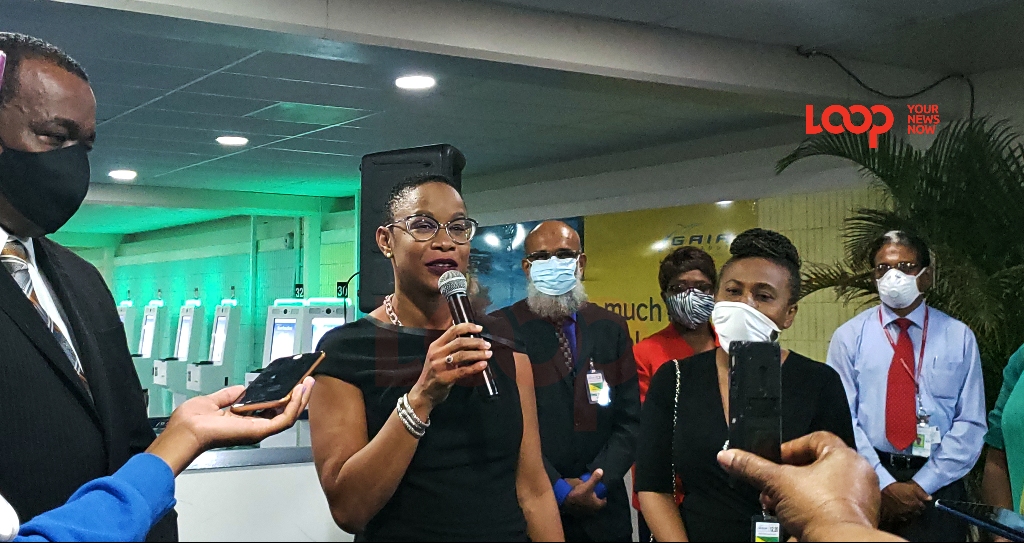 The flight time from Accra, Ghana to Barbados was recorded as exactly eight hours on Thursday (July 30).

Related article :UPDATE: 48 per cent of Ghanaian nurses in Barbados are men

With some positing many be eight hours plus, the 95 Ghanaian nurses who arrived on island in the evening of Thursday put to bed this discussion and any argument.

They arrived via Azores Airline on a direct chartered flight, successfully and efficiently organised by a Barbadian company.

"This is a continuation of an initiative that was started by the Honourable Prime Minister for us to reconnect with our brothers and sisters from Africa and of course Ghana being the ancestoral home.

"It is also momentous because what happened today (July 30) is that we had a direct flight from Africa to Barbados. And that is very important because I believe that this flight was shorter than a flight from here to the United Kingdom, and this speaks volume for what is possible going forward and I'm sure that all of us are looking forward to the start of commercial flights, direct flights, not only between Barbados and Africa but the Caribbean, CARICOM and Africa."

Originally it was thought that the flight was eight hours and 15 minutes but the contingent from Ghana corrected that it was only eight hours exact.

Tourism Minister Senator Lisa Cummins also shared that after many years and many negotiations with different countries to increase direct airflight.

"We were here and able to welcome the first flight from Azores able to see our colleagues, our brothers and sisters from Ghana, over eight hours, same length of time that we take to go to other parts of the world."