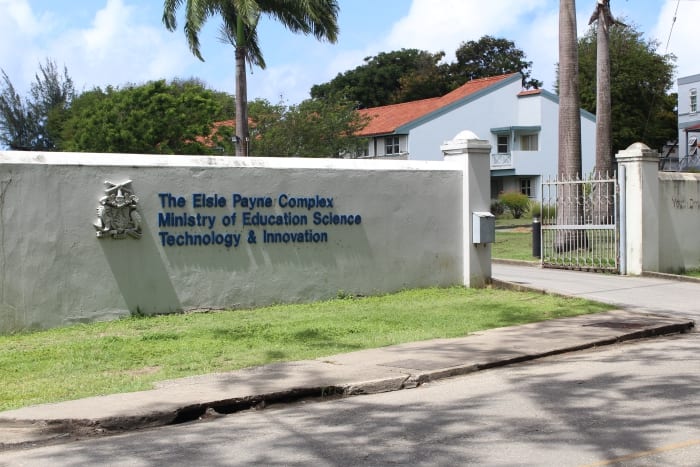 The Ministry of Education, Technological and Vocational Training is aware of the reported environmental problems at the Vauxhall Primary School.

In December, 2019 officials of the Ministry’s Education Technical Management Unit (ETMU) would have visited the school after a letter was received from the Parent-Teacher Association (PTA) and a copy of a letter from the principal which she received from the Barbados Union of Teachers’ Shop Steward.

The officers toured the school with the principal and together prioritised the areas to be addressed.  Two contractors were hired and work carried out at the school.  Doors were replaced; windows fixed and the Nutrition room counter fixed.  It was agreed that extensive work was needed in some bathrooms.

Last week Wednesday, February 5,  2020, another visit was made to the school by an ETMU officer accompanied by environmental health officers from the Ministry of Health and Wellness.

Other areas of concern were identified, including evidence of wood worm in several areas, strong odours from bathrooms and blocked sinks.  A plumber was immediately called to rectify the problem identified in the bathroom.  The plumber also evaluated other work to be done in the bathroom, and this work is to start today, Wednesday, February 12.

Staff of the school had reported rodent droppings.  It was surmised that the garbage enclosure where garbage is stored needed to be fully enclosed.  An assessment was also done of the wooden partitions and the windows of the rooms.  Several windows were not closing securely and therefore allowing access to insects and maybe rodents.  The plumbers completed work that same evening, clearing choked sinks, waste pipes and urinals.

The school is a community school and used heavily on both Saturdays and Sundays.  As a result, the amenities are showing evidence of wear and tear.  Videos and pictures have been circulating on social media of the state of the school and there is background talk of termites.  The Ministry’s records indicate that there is evidence of wood worm and not termites.

The METVT has started to address the issues identified by the PTA, BUT Shop Steward and the Environmental Health Officer.  There are some works that can be done immediately and there are some that will have to be done when the school is at break.

Estimates for fixing the broken fence and cutting the outer pasture will be secured by the end of today.  Every effort is being made to ensure that the issues identified are addressed by competent individuals who the Ministry has contracted.