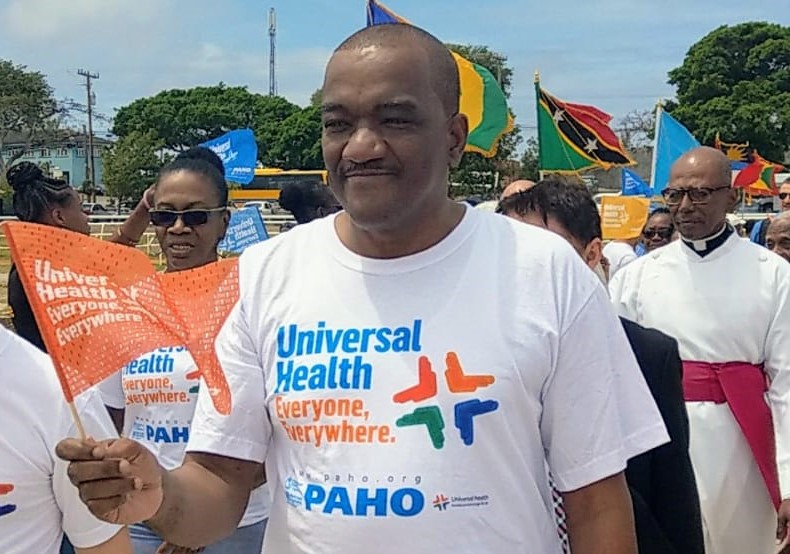 With many in the medical field suggesting Barbados is facing a major non-communicable disease (NCD) crisis, the island’s Ministry of Health and Wellness is spearheading a reinvigorated campaign to combat the problem.

According to Minister, Lieutenant Colonel Jeffrey Bostic, it will include a refocus on community nursing and wellness grants to persons diagnosed with NCDs to help them improve their dietary intake.

But, he has suggested for it to be successful, the message of healthy living has to start with children.

“Reversing the situation that we are facing in Barbados is not going to happen overnight, but we have to start with the young ones … They have a tremendous impact on their parents.

“They will be able to say to their parents, 'Mummy you’re using too much sugar, or you’re putting too much salt into this or that', and hopefully then it will have a domino effect throughout the country,” he told journalists on the sidelines of a Health Fair held at the Westbury Primary School.

The Health Minister also revealed that the National Task Force on Wellness is to be reconstituted and will be chaired by Lt Col Carlos Lovell of the Barbados Defence Force, who is also the architect of the wellness programme within the Barbados Regiment.

The aim, Lt Col Bostic said, was “to have some legs to take this message out.

“And we believe strongly that starting with the very young ones, the blossoms, the guides, the scouts, the pathfinders, the cadets, all uniformed organizations to participate in wellness activities that will earn them their badges, and also go out as wellness ambassadors into the schools; this will help us to be able to get the message out.”

Meanwhile, he announced that Prime Minister Mia Mottley had permitted the Queen Elizabeth Hospital to employ and train about 50 persons, including nurses from among the group who have not yet passed the regional nursing examination to boost the community nursing programme.

“They will go into the polyclinics with the sole purpose of working in communities because this is part of the problem. Because of the nursing shortage, we’re not doing as much community nursing as we used to.

“We need to get people out into the communities to make sure that those persons who are suffering from NCDs are managing the process, and that they are taking the medication. These nurses will also be educating the communities about NCDs,” the Health Minister added.

The other initiative being contemplated was financial assistance in the form of a grant to persons living with NCDs. These will be recommended by physicians. He explained that once the initial grant was given, patients would then have to maintain or improve their health levels to qualify for further grants.

Also, the Health and Wellness Ministry was currently in the process of conducting a costing study for health services, which would give a clear indication of how much money health care was costing taxpayers.

In respect of the grants, he said that Government strongly believed that the grants, once properly utilized, would reduce the expenditure on the public purse as the quality of life of citizens improved.