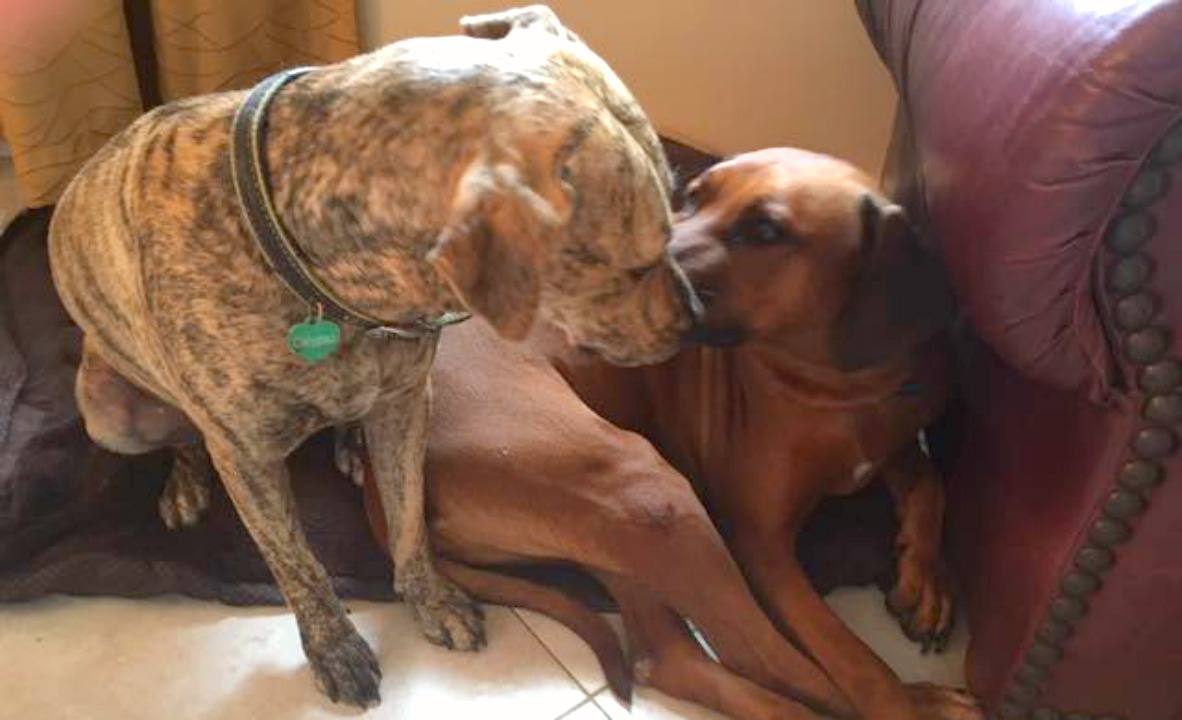 Missing dog Calypso is safely in the United States and in the arms of his owners.

Many persons in the Lost and Found Pets Barbados Facebook page were worried when news of the tan brindle mix female with black stripes from head to tail went missing at the Grantley Adams International Airport (GAIA).

But few knew Calypso’s background and real story prior to her disappearance.

A representative from The Ark told Loop:

“Calypso was seen as a stray in The Belle area and The Ark contacted. We collected her as soon as we had space. In the meantime we provided food to the gentleman who touched base with us.

“We named her, we name all of our rescue dogs at our shelter and Calypso suited her.  She was adopted by a wonderful family, who knew they would be leaving Barbados at some point in time and before her adoption from us was finalised, they confirmed when leaving Barbados she would be going with them, after all dogs are part of the family.”

However, when Calypso was due to leave the island to head to the United States, she made a dash and missed her flight. Calypso was supposed to travel with the other family’s dog Zola. Both dogs were scheduled to fly out Friday morning, September 1, but Calypso escaped from her crate.

Her disappearance triggered a frenzied search, with flyers and notices being published and shared widely.

Thankfully, the story has a happy ending.

Both dogs - Calypso and Zola, were reunited Thursday evening, seven days after she went missing. The owner was over the moon when Calypso was actually found and she shared that funny enough, in the end, she was found at the airport right near to where she went missing.