Member of the Legislative Assembly, Kenneth Bryan, has called on Commonwealth Heads of Government to support the creation of a council to monitor the impacts of climate change on member states.

Climate change management is high on the region's agenda in wake of 2017’s increase in the number of hurricanes and earthquakes that ravaged the Caribbean.

Bryan, an independent legislator, along with CPA Youth Delegate Fabian Favourite Frizell, has already received support for their initiative from 22 of the 25 countries who attended the CPA UK Commonwealth Parliamentarians Forum in London from February 26 –  March 1, 2018. 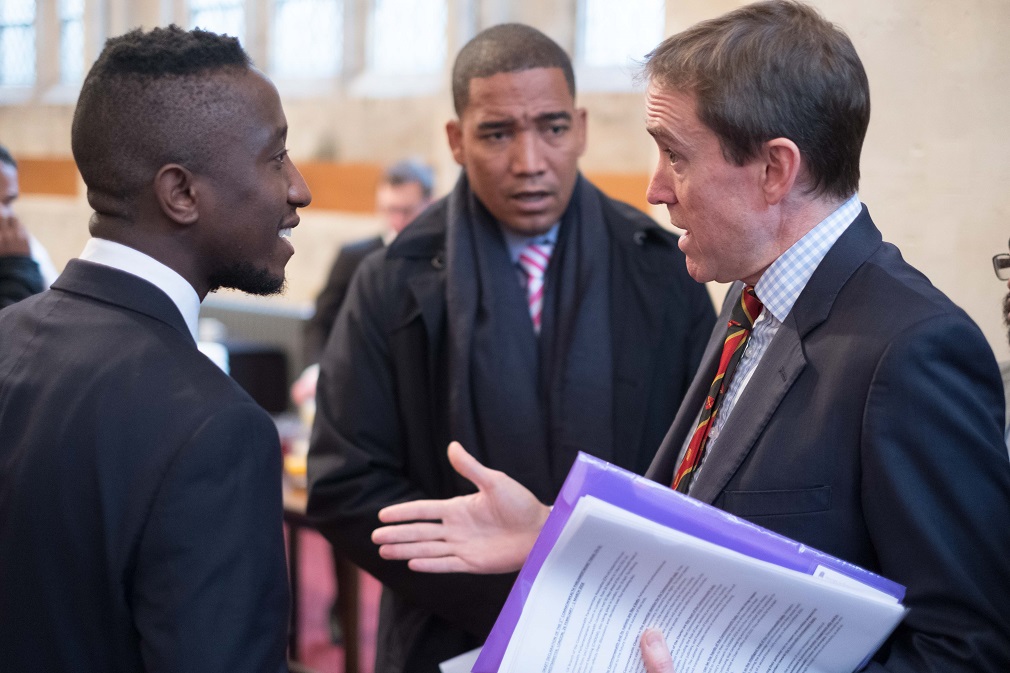 The forum was a particularly appropriate setting, given its close proximity to the CHOGM 2018 which will focus on the key theme of ‘Towards a Common Future’.

The duo have signed a promissory note to be presented to Commonwealth leaders ahead of their upcoming Heads of Government Meeting in April.

“The creation of such a council will raise the standard of awareness and assist with the preparedness of, and avoidance of natural disasters affecting Commonwealth member states,” read the document.

“Climate change and its effect are real. In order for us to be limit any negative impact, we, the

Commonwealth states, need to be ahead of the game in respect to information surrounding climate change. I believe this council can do just that,” said Bryan.

Leader of the UK Labour Party, Jeremy Corbyn MP, was asked at the forum if he would support the formation of the council in which he responded by saying,  “We have been prepared to commit resources wherever we’ve got them in the world to help with an emergency.

“So, for example, the Royal Navy’s ability to help in the Mediterranean and the Caribbean is very valuable. I want to make sure our Navy is equipped with the appropriate, often smaller vessels and the smaller, lighter aircraft that can be used in disaster relief activities. That’s something that I would want to develop and I believe the idea of a council of the commonwealth promoted by yourselves that looks at promoting the climate change issue, as well as the disaster relief from hurricanes, floods, earthquakes,” added Corbyn.