Montserrat’s tourism rising from the ashes 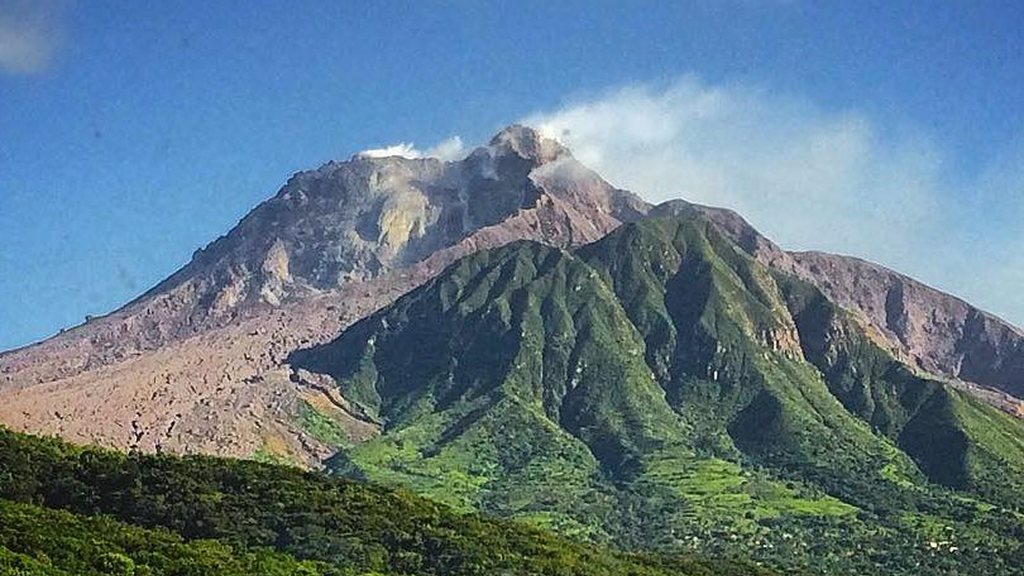 Warren Solomon’s interest in Montserrat began in the 80s with the Police.

The British rock band, featuring Sting on lead vocals, was among the famous musicians that recorded their albums at Air Studios in Montserrat.

Described by one article as one of the most prolific recording studios in music history, Air saw many recordings from legendary musicians such as Elton John, Michael Jackson, Earth, Wind and Fire, Stevie Wonder and The Rolling Stones.

Today, the studio lies abandoned, one of the casualties of the Soufrière Hills Volcano that rendered two-thirds of the island impassable when it erupted in 1995.

Solomon, former Acting CEO and General Manager, Marketing of the now-defunct Tourism Development Company of Trinidad and Tobago, is now the Director of Tourism for Montserrat, a position he took up in February this year.

He is tasked with leading the charge to put the island back in the tourism game and executing a Tourism Master Plan that was developed in 2016 and a new tourism strategic plan.

At the core of the plan lies the Soufrière Hills volcano.

Similar to the way Italy has developed a tourism industry around the buried city of Pompei following the eruption of Mt Vesuvius in AD 79, Montserrat is looking to turn its ash into cash.

“It is the jewel in the crown but we want to reposition it as the must-do activity,” said Solomon of the volcano.

Speaking to Loop at the Caribbean Tourism Organisation’s Caribbean Week in New York, Solomon said while touring the volcano is a definite activity, one of the big projects which will be starting soon is the establishment of a Volcano Interpretive Centre.

“We are positioning that to be the signature attraction on the island when it’s done hopefully by 2020. That will be positioned next to the museum so really offering visitors an opportunity to see what we were like before, during and after,” he said, noting that it will be a multimedia experience.

Other attractions on the island where the visitors can get a sense of life before and during the volcano are the Hilltop Coffee House and Family Center which contains a mini-museum and the Volcano Observatory which has video of the activity in the days leading up to the eruption.

Asked if there were any plans to incorporate the old Air Studios into the visitor experience, Solomon said the family that owns the property isn’t keen on the idea just yet.

Montserrat lags behind many nations in the region when it comes to tourism with only between 10,000 to 12,000 tourist arrivals per year so there is a lot of foundation work to be done to get the sector up to scratch.

Solomon said the next three years will be focused on product development projects and human resource development.

“Our vision is sustainable tourism through quality tourism so we will be putting things in place to deliver a quality experience for anyone visiting the island,” he said.

A man aspect of the tourist board’s work, of course, is marketing.

Solomon said after three years of relative silence, the tourist board was keen to attend the CTO event to reacquaint themselves with the media to get the word out that Montserrat is open for business as there is a perception that the island is desolate.

According to Solomon, the island is far from that.

Drawing reference to St Patrick’s Day, he said Montserrat is the only country outside of Ireland to have a public holiday for the Irish celebration.

Montserratians from the UK, Canada and USA fly home for the celebrations which take place over a two-week period filling up every room on the island.

Though the island has one hotel, visitors stay in villas or Bed and Breakfast establishments.

Solomon said they are open to investment in the accommodation sector but in boutique properties as the island was never into mass resorts.

“We are reviving the investment promotion function which is in the office of the Premier,” he said.

He assured that the places open for investment are to the north of the island which is sheltered from any volcanic activity. Soufrière Hills is an active volcano.

Solomon revealed construction in the harbour will begin to facilitate cruise ships.

“We just signed a deal with the Caribbean Development Bank who will administer a grant from the UK CIF to build a breakwater in the harbour so that will allow cruise ships to come and dock in the rough water,” he said, revealing that rough waters sometimes prevent ferries from docking for a week.

Airlift to the island is also being expanded.

Currently, Montserrat is serviced by two commuter carriers, SVG Air and Fly Montserrat, out of Antigua.

He said the airport could only accommodate twin otters planes which re o 19 seats.

“We are working on attracting the twin otters so we are talking to companies based in St Maarten and that would open up St Maarten, St Kitts, and Nevis. Right now it is just Antigua, so the flight is 15 minutes or you could do the ferry which is 90 minutes,” he said.

He noted also that they recently signed an MOU with Antigua for cruise ship passengers who could clear customs there and come over to Montserrat for a full day of a true off the beaten path experience.