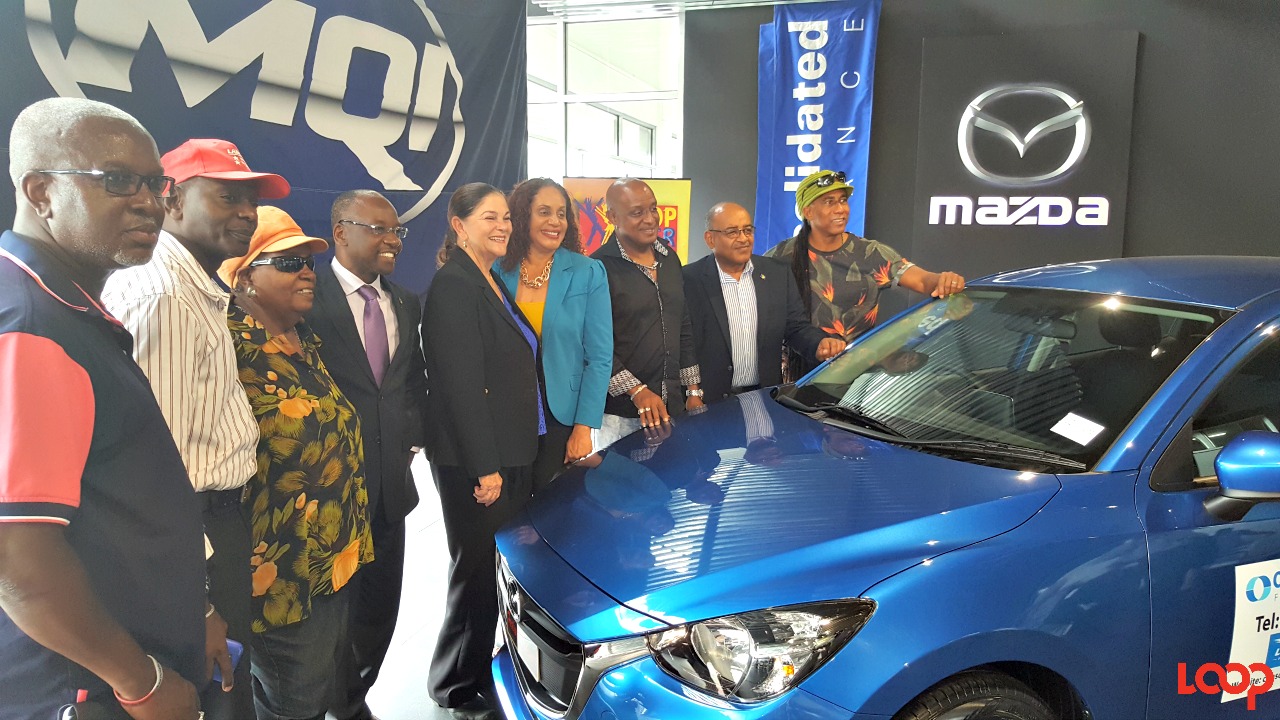 Veteran bandleaders (L-R) Trevor Chase, Mackie Holder and Gwyneth Squires at the reveal of the new car prize for the Festival Designer of the Year.

With some designers foreseeing the new car being awarded to the Festival Designer of the Year as an incentive to others to toss their hats in the ring, it is believed that the number of junior bands may increase in the future.

Having won the title Festival Designer of the Year 21 times including last year, Band leader and designer Gwyneth Squires said that she welcomes the new prize and she can see it drawing others to try their hand at both kadooments.

Trevor Chase of Ooutraje the Band told Loop News that he would consider creating a band for both categories going forward.

“I have always been at a disadvantage. I never did Junior Kadooment. But most likely I will probably have to look at that again in order to be competitive."

He continued, "I used to be very comfortable in the actual Grand Kadooment, but now I have a granddaughter and she is always in the band house. So we got to get her involved now at that level. So this might be a good chance for us to get involved in it, and I think we can with the experience we have gained in doing the big band, that it should be something that we can accomplish. I don’t have a problem in looking at the possibility of going with it.”

And he was happy about the new Mazda 2 for grabs. He said, “I think it is something that we were looking at for quite some time now and I think it is a good shot in the arm, something to look forward to at the end of the hard work. I think it is a positive move in the right direction.”

Deeming the new prize a tribute to the late Renée Ratcliffe, the passionate and loved bandleader who passed away on the day of Grand Kadooment last year, her aunt, Frances Parravicino, Vice President of Credit at Consolidated Finance spoke to Loop on the sidelines after making the announcement.

Parravicino said, “Mackie [Holder] spoke at her funeral last year and he said that she had lobbied very hard for the Festival Designer of the Year to be awarded a car in line with the calypso monarchs and I’m glad that he is here today to see it come to pass as well.”

Holder, who is the bandleader for Wednesday2000, said:

“I think this is a great day. It’s a great day for band leaders and I think it is a real fitting tribute to Renée. About five years ago, Renée, myself and a few others actually went forward with this proposal. It didn’t come to light. It’s a little sad that she’s not here to be a part of it and get a chance to win it, but she would be proud of herself because it was something she really wanted and she worked for it.”

He congratulated all the partners involved – McEnearney Quality Inc. and Consolidated Finance, and said, “It’s a great leap forward for mas'. It puts us at a different level, one that we have been advocating for, for years. This is a very positive for Crop Over generally in a really, really difficult year.”

In terms of if this move would indeed lead to greater numbers entered for next Kiddies Kadooment, he too expects an increase.

“Hopefully, in the future -. I think that is the idea behind it. I think that if you really want to build a complete festival that it requires building from infancy. If you are going to develop a real Carnival like in Trinidad and so on - you know they are into it from two or three [years old] - and I think that the more people who are involved at junior level would help feed into Grand Kadooment. So I think yes, next year, I’m sure you’ll see more people entering Junior [Kadooment].”

Squires says no to feather mas!