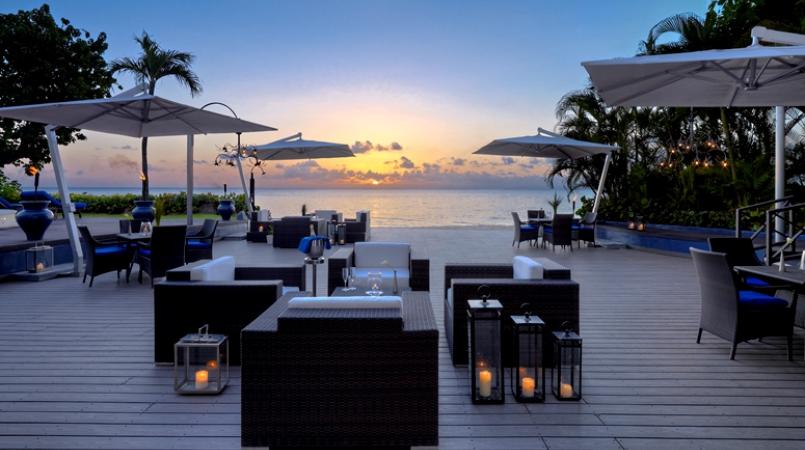 Barbados’ Elegant Hotels Group is currently celebrating the most recent additions to the list of international industry awards won by its properties on the island.

This was followed in December by Caribbean Journal including the Waves Hotel & Spa among the Best 25 All-Inclusive Resorts in the Caribbean for 2017, highlighting its “remarkably broad offering for a boutique property and instantly the boldest new hotel in Barbados” and labeling it “a game-changer for Caribbean all-inclusive resorts”.

The next month, January 2017, saw Caribbean Journal positioning Colony Club, The House and Tamarind among the Top 10 Hotels in Barbados.

The House, a St. James beachfront luxury adults-only hotel, was also adjudged Best Small Hotel of the Year in the Caribbean Journal’s 2016 Caribbean Travel Awards, and included among the Top Hotels for Romance in the Caribbean in TripAdvisor Travelers’ Choice Awards.

Rounding off the achievements were Colony Club and Tamarind, both also located on the St. James beachfront and being Silver Award winners in the U.S. News and World Report’s Best Hotels in Barbados of 2017.

Elegant Hotels Group Chief Executive Officer, Sunil Chatrani, noted, “We have been recognized in the UK as one of the top three international hotel companies in the upscale market with the Bronze Award, the other two being Hyatt Regency (Gold) and the Thompson-branded Sensatori (Silver).  It is indeed a great tribute to have our brand in the company of two such large players in the market.

“We have won awards in previous years in the Caribbean Upscale and Luxury categories but this is the first year that we have placed among the international players overall, giving us even more reason to be proud.”

Group Operations Director of Elegant Hotels, Gayle Talma, has attributed the continued international successes of the Group to the hard work and dedication of both the management and staff at all the properties.

She said, “Our properties are exceptional for several reasons, including our best possible quality human resources and the superior quality service they provide day after day as a matter of course. Also of note are the Elegant Signature Inclusions which our guests enjoy as standard, like free motorised and non-motorised water sports, exceptional dining with signature theme nights, complimentary Wi-Fi throughout the properties, beach and pool ambassador service, the Flying Fish Kids Club & Teens Club, bespoke tours and daily activities including culinary demonstrations and mixology classes.”