You can save a life by learning CPR 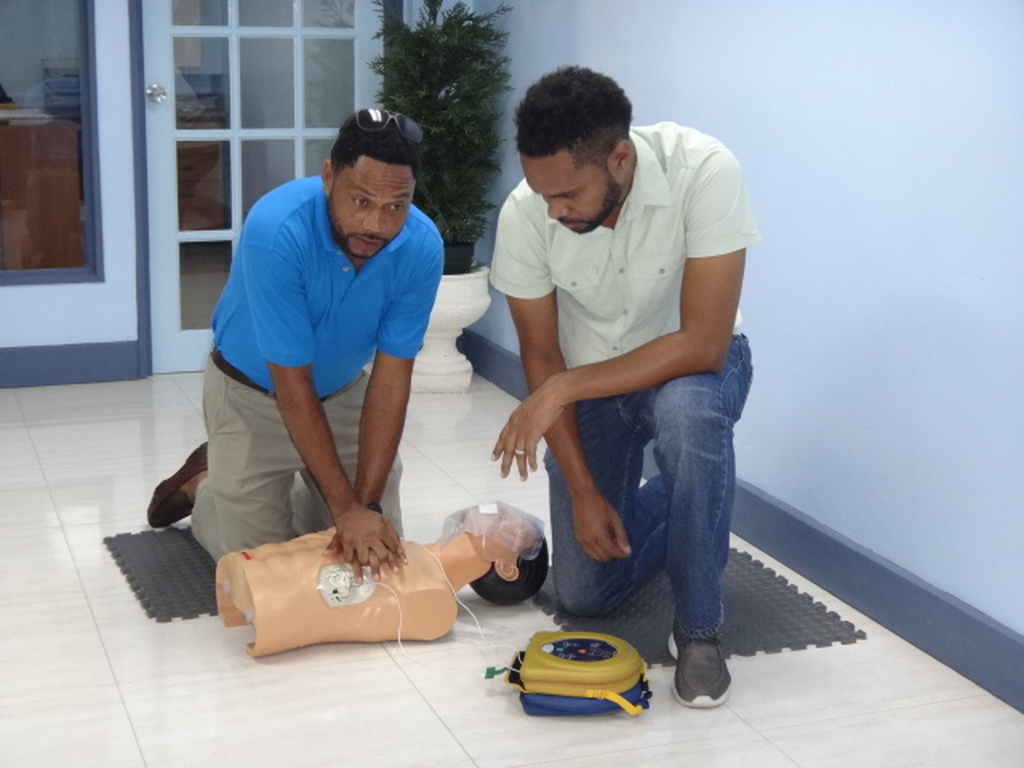 That’s the word from Medical Director of Sandy Crest Medical Centre, Dr David Byer, as he appealed to Barbadians to take the time to be trained in cardiopulmonary resuscitation, commonly known as CPR.

He says over the last year there were a number of sudden cardiac deaths in Barbados and in many of those cases no one around could have administered CPR.

Speaking to participants at the beginning of a training session on Saturday which was part of an initiative dubbed, Sudden Cardiac Arrest Project (SCAP), he noted that the window of opportunity for patients who go into cardiac arrest is quite short - less than 10 minutes.

The project he explained will focus on training lay persons in the delivery of the technique and use of automated external defibrillators (AED).

Dr Byer stressed that when they investigated cases of sudden cardiac arrest deaths, what stood out was that of “the folks who were around when these people collapse, there was not a whole lot done in respect to CPR in an effort to save their lives.”

He was clear to say that they might not have lived but he stresses that worldwide CPR and the use of AED has been common place with mobility and mortality.

He stressed that developed countries have implemented widespread CPR training, as well as strategic placement of AED’s in public places for laypersons to use. These units he further explained are readily available on the walls of airports, malls, gyms and other areas where people congregate.

“In Barbados, we have been trying to rollout as much CPR training as we can through Regal Development Solutions, Sandy Crest Medical Centre, Heart and Stroke Foundation among others. However, we need more training to take place and importantly to have the availability of AED in the community,” he emphasized.

SCAP objectives for 2017 include having one person in every household trained to administer CPR, to have at least one Public Access Defibrillation in high traffic areas and also to maintain 1005 compliance to the SHAW Act 2015, as it relates to the ratio of CPR providers in an organization.

Dr Byer and his team have been working to make CPR training become more accessible using a phased approach.

BWU tackling NCDs through health programme for youth and retirees