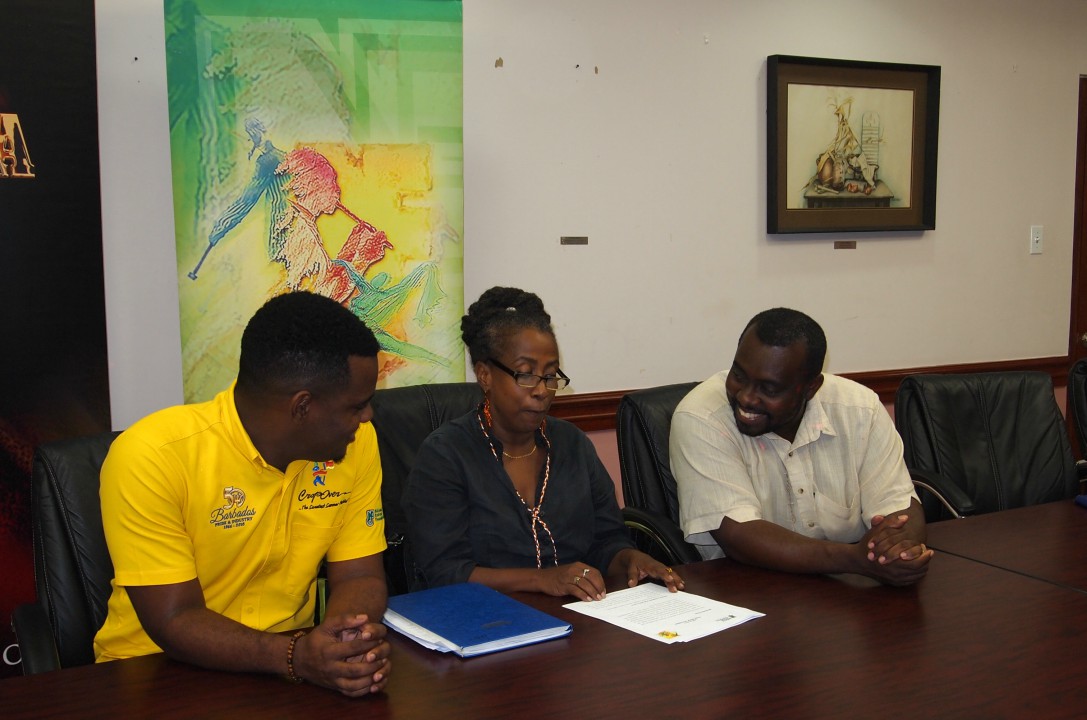 Prisoners of HMP Dodds took a break for 2016 but they are back with a bang for this year’s National Independence Festival of Creative Arts (NIFCA) with 12 entrants.

The National Cultural Foundation (NCF) held a press briefing on Friday at the offices of the Ministry of Culture to provide updates and changes to the festival. Chief Cultural Officer with the NCF Alison Sealy-Smith said over the years NIFCA has seen spikes and falls in its registration and 2017 was no exception.

She said the recently concluded CARIFESTA XIII caused some artists to have more work to enter into NIFCA while some opted to take a break for this year. One such area was dance which saw a decline in adult entries but the number of schools participating has increased which Sealy-Smith noted is attributed to the growth in the Dance in Schools program. There has also been an increase in the number of original pieces in the music category.

Sealy-Smith said the prisoners have made entries in theatre arts and music and although semi-final results have not yet been released, she believes they will do well in the festival.

“It is very good to see them back because this is a very successful part of the rehabilitative program in the arts for those who are incarcerated and a really important part of what it is that we do.”

She also said there has been an increase in the number of junior entries as well as in the film and video submissions from 9 to 28, inclusive of 5 full-length films, 3 documentaries and 2 feature films which has forced the NCF to schedule two nights for film screenings.

The NCF has also been changes made to NIFCA for 2017 such as the inclusion of a new semi-professional category as well as to some of the venues being used. As the Frank Collymore Hall is at present undergoing renovations, the finals will be held at the Major Noot Hall of the Combermere School and the Gala at the Sir Garfield Sobers Gymnasium while the Visual Arts Exhibition will be held at the Lloyd Erskine Sandiford Center.