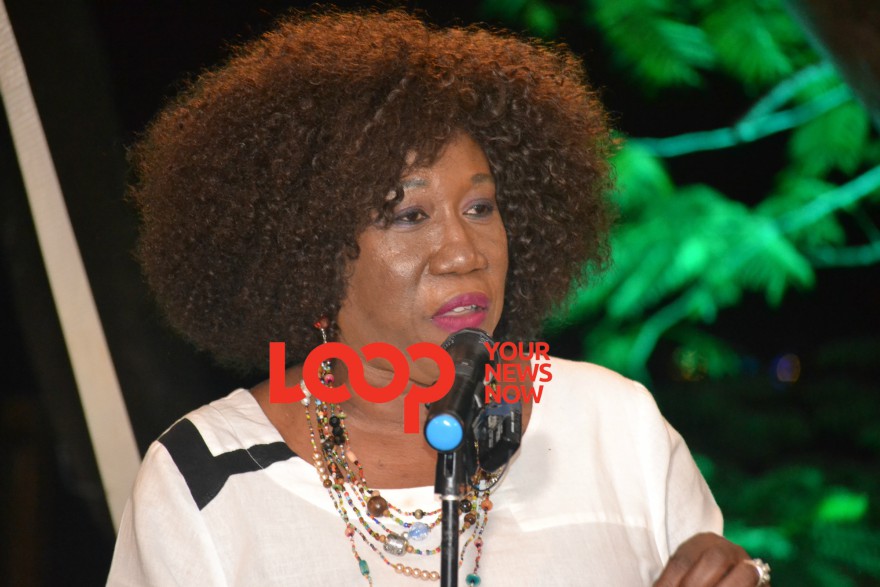 The National Cultural Foundation's (NCF) Chief Executive Officer is heralding a new approach to promotions and events during the Crop Over festival.

Carol Roberts-Reifer told promoters, media and other stakeholders attending a Crop Over Mix and Mingle event on the ground of the Sweetfield Manor in Brittons Hill, the days of the ‘us and them’ stance when promoting events associated the island’s premier Crop Over festival, must end.

“What is an official Crop Over event?  There are Crop Over events, [but] there are all the events of the festival and should be marketed as such.  The NCF has a key role to play in preserving heritage and culture, and there is a way to do that by encouraging you to also get on board . . . make sure that your events are very slickly produced, can stand up against any event in the world, but, at the end of the day the patron at the event knows up front that this is a Bajan event.”

Although Barbados was facing increased competition from other carnivals across the region, including Jamaica and Guyana, the CEO said the NCF would be capitalizing in the unique positioning of the Crop Over Festival which season runs from May to August. 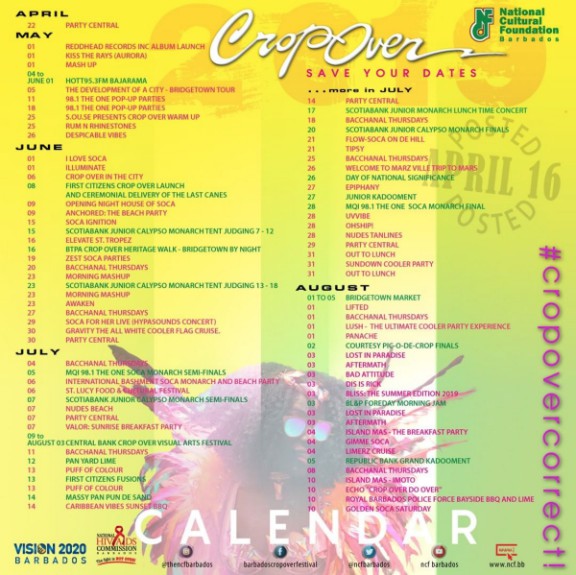 “We have some innovation that we have been rolling out slowly and we are working to get them as accurate and as correct as we can.  We started by producing a calendar.  It is not the official event calendar.  It is the Crop Over Calendar and it has your events and it has our[NCF] events.  We are going to push it to the ends of the globe and tell people to come home or come to Barbados for Crop Over.  We also want to encourage you to join us in a joint promotion of the fete calendar.

“It is very simple.  I promote your events, you promote my events.  You promote Tipsy, Mimosa promotes Tipsy, Soca on de Hill promotes Mimosa, and together we promote the Crop Over festival and the huge happening events,” Roberts Reifer explained, adding that it was not about who was doing it right or wrong before, but rather  about where the festival was headed and what was needed to promote the festival together going forward.

The NCF CEO also hinted at an end to clashing events on the overall festival calendar and the launch of promotion geared towards the party going with the most stamina over the season.

“We are going to line them up, one behind each other, event by event and we are going to challenge patrons if they got the stamina. . . start with [the first fete] and follow us all the way down to Grand Kadooment day.  In between, attend every single event, as many events as you can.  It is not an NCF event, it is not a private promoters event it is a Crop Over event.

"And put our money where our mouth is, we are launching a promotion that asks all patrons, if you have the stamina; as you go to all of our Crop Over events, take a selfie and post it on a special link that we have.  At the end of the festival, the person who has gone to the most crop over events will get two tickets to a carnival destination of their choice," she revealed.

NCF: Party in peace this Crop Over season