Mother and daughters in Isolation after one child tests COVID-positive 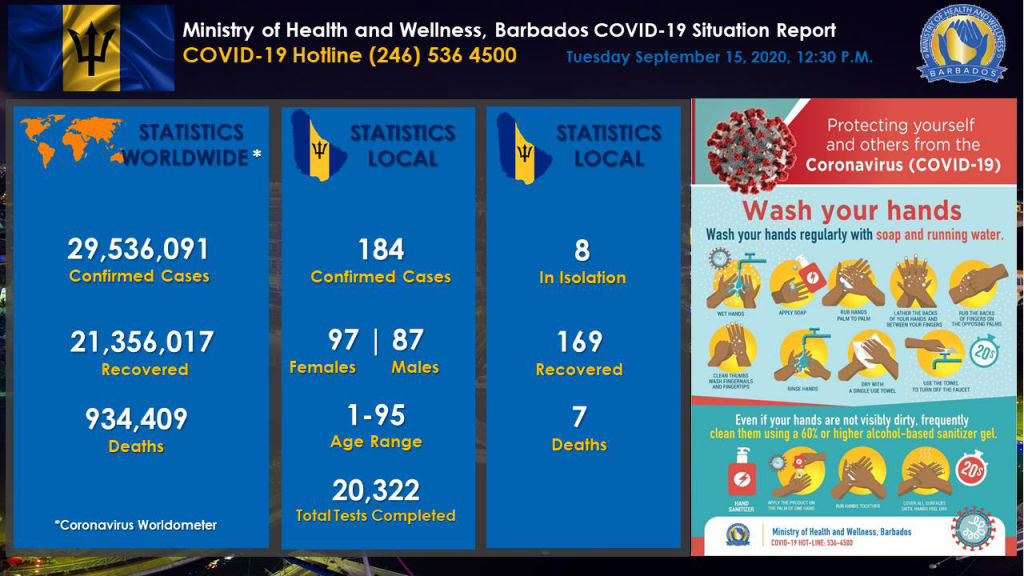 Update dashboard from the Health Ministry

Barbados recorded one new COVID-positive test result at the same that four more recoveries were discharged.

​A 12-year-old Jamaican girl tested positive for COVID-19 on arrival at the Grantley Adams International Airport yesterday on board a Caribbean Airlines flight from Jamaica.

The child, who has gone into isolation at Harrison Point in St Lucy, was accompanied by her mother and sister, who both tested negative.

​The number of active cases in isolation have dropped to eight, and recoveries have increased to 169. However, the two negative cases are also being housed at the government Isolation facility so 10 persons are in Isolation technically.

The tally of confirmed cases is 184, comprising 97 females and 87 males.

Positive asymptomatic cases allowed to self isolate in new protocols