Mother has a simple plan for her Pick 4 lottery winnings 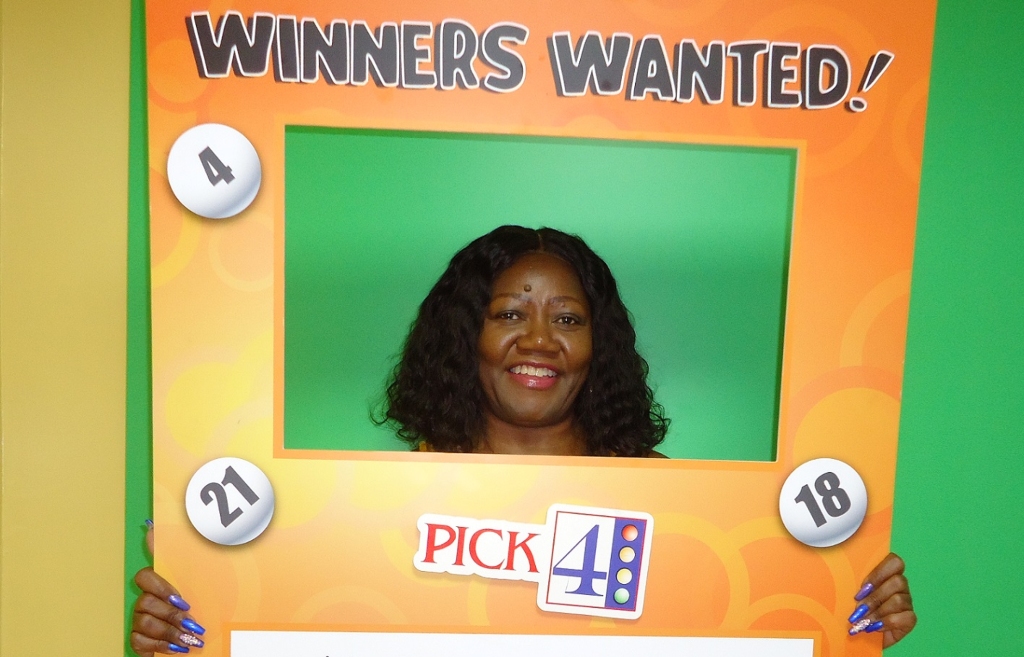 It may not seem like a huge jackpot to some people, but Hetty Johnson was smiling broadly as she recently collected her cheque at The Barbados Lottery’s Independence Square retail “flagship” office.

She was a winner of the popular Pick 4 game, buying her ticket at Carlton’s Supermarket in Bridgetown.

The 62-year-old beamed: “I am very happy to collect my cheque.” And she said it will be put to good use as the cash will go towards paying bills.

Johnson admitted that she is a very keen player of the Pick 4 game, but she does enjoy playing the full suite of Barbados Lottery games, including Super Lotto, Mega 6, Double Draw, Pick 3, Express Cash, Keno and Instant games.

Also, as a regular player, she confessed that she is not one of those who always play the same numbers. However, she has been playing her preferred favourite games of Pick 3, Pick 4 and Double Draw for approximately three years.

“Pick 4 is an easy game to play,” she said. “With a draw four times per day, Pick 4 is both engaging and a lot of fun. On behalf of The Barbados Lottery, I warmly congratulate Ms Johnson on her win!”

Hee Chung added that the Pick 4 game has an ‘Advanced Play’ feature that lets you play your choice of games for any day of the week, allowing players to play for up to seven days.

Beaming throughout the presentation and handover, Johnson said that she won't stop playing now. When asked if she will continue to play Barbados Lottery games, she immediately exclaimed: “Of course I will!”