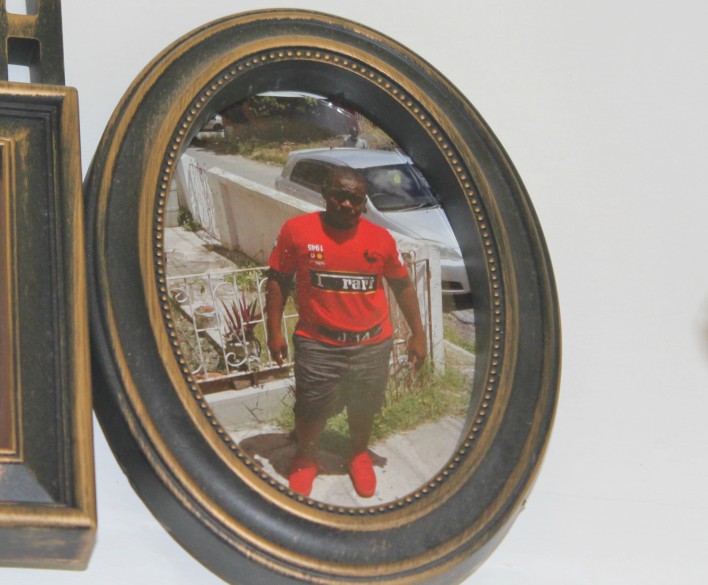 A photograph of Delano hangs in the living room of his St. Michael home.

“He was the best child a mother could ask for.”

Those were the words Stacey Seale used to describe her son, Delano Seale, who died tragically in a motor vehicle accident in the wee hours of Tuesday morning.

Fighting back tears during an interview with Loop News, Seale recalled the events on the morning the 19-year-old lost his life.  Seale said she would usually call Delano to check his whereabouts but on Monday night she decided not to as the teen had made a comment about her being “over-protective”.

Around 2 am she said she checked Delano’s room and realized he was not in. Shortly after, officers of the Royal Barbados Police Force (RBPF) knocked on her door to deliver the dreadful news.

According to police reports the crash occurred around 1:10 am on Tuesday March 5, 2019, at the intersection of Tweedside Road, Government Hill and Welches Road, St. Michael.

Delano was the passenger in a motor vehicle driven by Romario Roach which was struck by a wrecker truck. Delano died on the spot while Roach, a work colleague, was transported to the Queen Elizabeth Hospital (QEH) by ambulance complaining of pain to his feet, chest, head and his upper body.

The mother of three spoke fondly of her first son’s love for horse-racing and his job, where he worked as part of the kitchen staff at the Hilton Hotel.

“All he used to do was go to work, horse-racing and then home. He was a very respectful and sweet boy, never disrespectful to me or nothing... no issues. He was the best child anybody could want,” Seale said with tears streaming down her face.

She said Delano took his responsibilities as a big brother to his 17-year-old and four-year-old siblings seriously, adding anything the boys asked for he would provide.

“I couldn’t ask the Father for a better child. I just want my child back.”

The Alkins Land, Eagle Hall community, has also been affected by Delano’s death with many neighbours admitting they cried upon hearing the news.

One resident said Delano was one of the “better youth” in the district and she admired the way he took care of his younger brother.

Shopkeeper, Paul Rollins shared similar sentiments about Delano, recalling how he and the young man shared an enthusiasm for horse-racing.