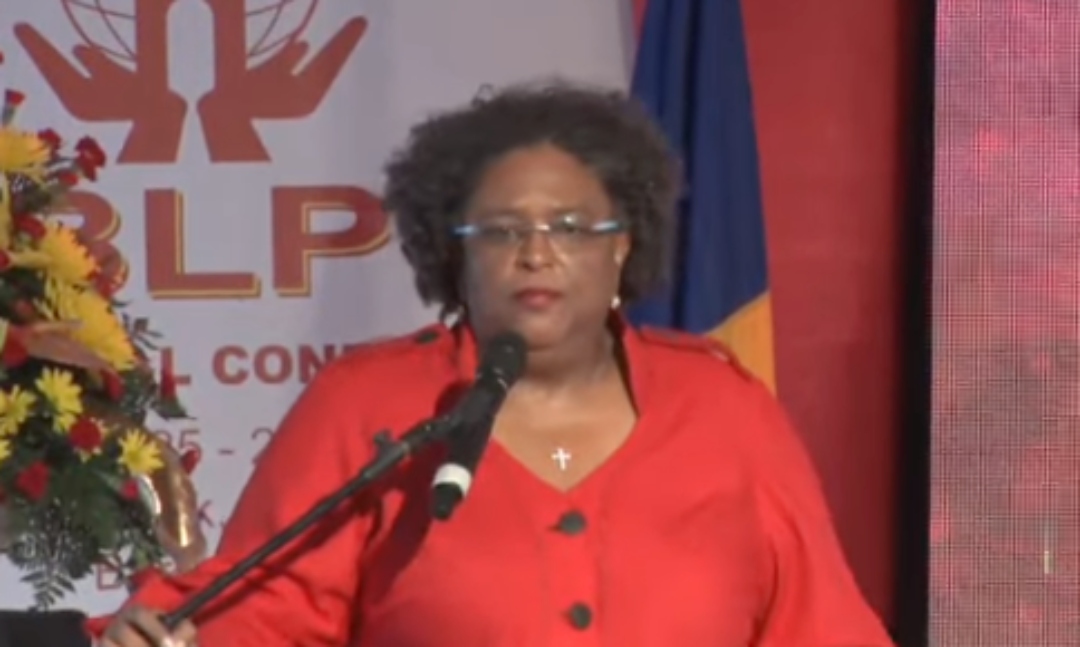 Prime Minister, Mia Mottley believes the Barbados Labour Party (BLP) has received a passing grade for its performance over the last 18 months in office.

In her address at the party's 81 st annual General Conference, Mottley criticized Opposition Leader, Bishop Joseph Atherley and the Leader of the Democratic Labour Party (DLP), Verla Depeiza for believing they could provide better governance for the country, compared to what the BLP has accomplished.

Mottley told party supporters in Queen's Park the BLP has succeeded in its mission to "stop the bleeding", noting the stabilization of the country’s economy is all but complete.

“Stabilization is virtually over, there are some things that are still being tightened but we are in the process of positioning the country as we have been for the better part of the last six to nine months … to take advantage of growth.”

The party leader highlighted a myriad of issues which needed urgent attention since the BLP took up the reins in May last year, including building up the foreign reserves, the reduction of government debt as well as problems affecting the Sanitation Service Authority (SSA), the Transport Board and the Sewage Treatment Plant on the South Coast and in Bridgetown.

“In 18 months in we have saved the dollar. Our reserves this week reached a high of $1.2 billion … we knew that in the suspension of the debt [payments] we had to get elbow room to spend money on the things that the Democratic Labour Party did not spend money on …”

She said the domestic debt restructuring has already been settled and an agreement has been reached on the external debt, “subject to the legal work being done”.

Mottley disclosed the amount by government spent to restructure the foreign debt on the grounds of transparency.

“When they ask me about White Oak, we have paid $25 million to save $5 billion. The only reason anybody knows what we paid White Oak is because… we laid it on the floor of the House [of Parliament] for all Barbadians and all the world to know. It is not a secret.”

Public to know more on External Credit deal on Tuesday