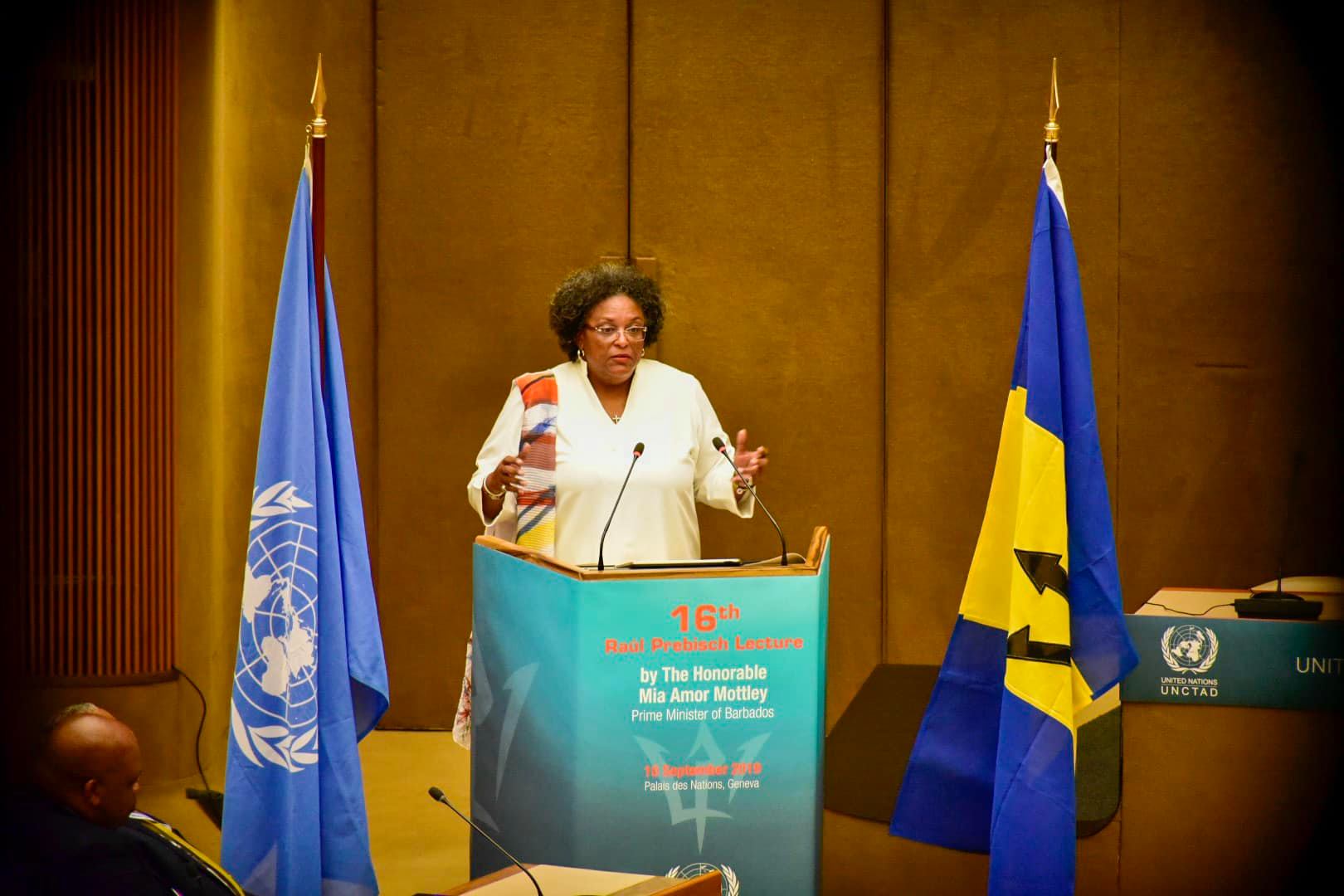 Diplomats from some of the world’s more developed countries have been told there needs to be a bridge between trade and climate policy.

It is necessary, Prime Minister Mia Mottley says it is necessary given the challenges to food security in this age of “devastating climate change”.

Delivering the 16th Raúl Prebisch Lecture at the Palais des Nations, Geneva, she also called for a reorientation of trade policy that also supports non-discrimination.

“. . . but recognizes that in an age of diabetes, with the explosion of other chronic non-communicable diseases that are killing our people; trade in Agriculture is as much a health issue as anything else.  Fresh Food is not just an issue of resilience against hurricanes but it is resilience too, against the ravages of poor nutrition and spiralling health costs.

Another area where Mottley wants more focus is on the Blue Economy.

She has described this as the next frontier and gave early warning that it would be included the upcoming 15th United Nations Conference on Trade and Development (UNCTAD) quadrennial meeting to be held in Barbados in October next year.

The Raúl Prebisch Lecture is periodically delivered at the United Nations’ European headquarters in Geneva, Switzerland and often tackles trade and development issues, but also covers other topical global concerns.

The lecture series began in 1982 and is named in honour of the Prebisch, who was secretary-general of United Nation Conference on Trade And Development from 1965 to 1969.

Mottley: Bajans must change how they build; keep surroundings clean

PM Mottley reminisces on life and achievements of ‘second mother’