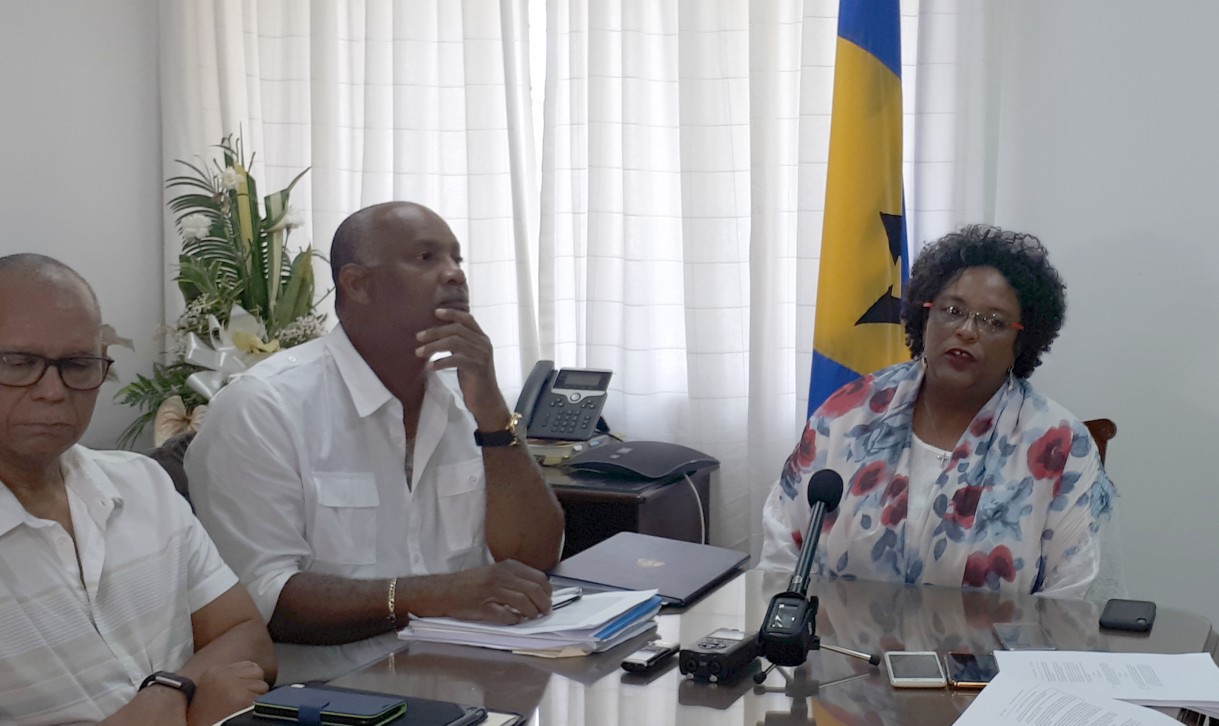 Prime Minister Mia Mottley has sought to allay fears that the Barbados dollar will be devalued when the country enters into an arrangement with the International Monetary Fund (IMF).

"I am reasonably confident that if we stay disciplined we can get out of this. There is nothing to be gained by a devaluation of the Barbados dollar. The only thing we get from a devaluation is a hard lash for bad behaviour and we have had a lot of fiscal bad behaviour in the last decade."

Mottley gave this assurance during a press conference on Saturday following a meeting with the Managing Director of the IMF, Christine Lagarde in Washington. Out of this meeting, Mottley said government is preparing a negotiating team to enter into discussions with the IMF when they return to Barbados in July.

The PM said everything is being done to save the currency peg to the US Dollar, adding last Monday's Mini-Budget presentation is proof that government intends to share the burden of adjustment across the board.

On the touchy topic of layoffs within the public sector, Mottley told reporters, administration simply does not know as yet what course fiscal adjustment will take.

"For me to tell you that upfront would be a lie. There has to be expenditure reform, there has to be greater efficiency with how we spend money."

In the Mini-Budget presentation, Mottley confirmed public servants will be receiving a five percent wage increase for the period April 1, 2018 to March 31, 2019.

Mottley added if government does make the decision to send home public servants, it will be done as a last resort.

"There may end up being a need [job cuts] for some but if there is a need for any form of job cuts whatsoever we have said that we will seek to work with those persons in good faith.